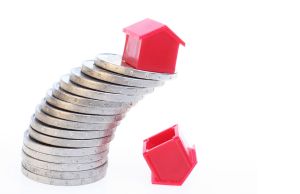 The result of the EU referendum has created uncertainty across the UK’s financial markets, and housing and mortgages are no exception.

Since the UK voted to leave the EU last week, there’s been some speculation that house prices could fall and the price of shares in housebuilders and estate agents has dropped.

The experts at Which? Mortgage Advisers have received a wide range of questions about Brexit from prospective homebuyers and mortgage applicants. While it’s currently impossible to make definite predictions, here’s their view on how you can best weather the uncertainty.

I’m a first-time buyer. Will Brexit make it easier or harder to buy my first property?

It depends. If the Bank of England cuts interest rates, which governor Mark Carney has hinted could happen this summer, mortgage lending could get even cheaper. This coupled with the possibility of house prices leveling off could mean a real boost for first-time buyers.

On the flip side, it’s also possible that post-referendum jitters will result in fewer properties coming on to the market as sellers bide their time, making lack of supply an even bigger issue than it currently is.

Either way, saving a big enough deposit is likely to remain the biggest barrier for first-time buyers. As a rule of thumb you’ll need at least 5%, but it usually pays to save more.

I was about to remortgage to a fixed-rate deal. Is that a good idea right now?

The uncertainty around interest rates means fixing could be a good idea if you want to be sure how much you’ll be paying each month. Having said that, interest rates could drop in the next few months, so if you’re willing to take the risk, holding out for even better deals could pay off.

It’s worth thinking twice about two-year mortgages because of the timing of when we’re likely to leave the EU. The rules mean that the UK will effectively give two years’ notice from the point at which we formally notify the other member states of our intention to leave (known as triggering Article 50). This means that we’re likely to be nearing the point of actually exiting the EU two years from now. This may lead to another uncertain period for the markets, meaning it could be a difficult time to remortgage due to nervousness from lenders. That said, decisions on when Article 50 is triggered will depend on the plans of the new prime minister – nothing is definite at the minute.

If you want greater security, it may be better to opt for a longer-term deal. But while fixed-rate mortgages are popular, they’re not for everyone. What you gain in security you lose in flexibility – for example, if you decided to move house before the end of the fixed term you could be hit with high early repayment charges.

I am thinking about selling my home and relocating. Is now a good time to do it?

The lack of certainty about the economy means buyers might be more cautious than usual, so it could take longer to sell your property and you might not get the price you’re hoping for.

Think about your own circumstances before jumping in: how soon do you realistically need to move? If you’re not in a hurry, it might be best to hold off for a while.

That said, Brexit hasn’t changed the fact that demand for property outweighs supply, so don’t despair if you do want to set the wheels in motion sooner rather than later.

What will happen to house prices?

That’s the million-dollar question. Brexit could potentially put a stop to the huge price increases seen in some areas of the UK over the last couple of years, but there’s no guarantee that prices will fall rapidly, either. In fact, with the ongoing lack of supply in the market and the possibility of construction rates slowing down, house prices could remain relatively steady.

Things are a little different in prime central London. While overseas buyers have returned to the UK market in the last week due to the current weakness of the pound, foreign lenders have already expressed concern. For example, UOB, Singapore’s third-biggest lender, suspended London property loans on Thursday. This means the market in the most expensive parts of London could stagnate.

What will happen to the Bank of England base rate?

The Bank of England base rate affects the interest rates that mortgage lenders offer customers. It’s currently at a historic low of 0.5%, and has been since 2009, though the Bank of England closely monitors the economy and can adjust the rate when it deems it necessary to change borrowing and lending patterns.

Yesterday Mark Carney, the governor of the Bank of England, hinted that the base rate might drop over the summer. This could well result in even cheaper mortgages.

Have you seen any mortgage lenders increase their rates or pull out of the market?

There’s no sign of this happening just yet. Major lenders haven’t rushed to change their rates or pull out; only a couple of very small lenders have decided to take a step back to gauge the market.

What are other people doing about their mortgages? Are people still buying and remortgaging?

It’s too early to say, but indications so far suggest people are continuing to apply for mortgages and buy houses. While the uncertainty around Brexit means it’s not exactly ‘business as usual’, any major effects are yet to be felt by the market.

First-time buyer mortgage flash sales: are they here to stay?

Switching bonuses rise to £125: should you get a new current account?