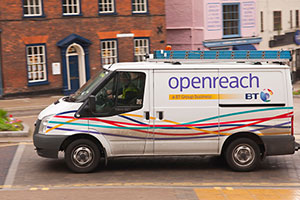 BT Openreach faces mounting pressure from the regulator, Ofcom, to deliver big improvements to its broadband service. New major reforms have been proposed to tackle the on-going problem, following immense pressure on Ofcom to intervene.

Although Ofcom has rejected calls to separate the Openreach division from BT entirely, the regulator has said it must become ‘a distinct company’ within the BT group and prioritise customer needs over profit.

BT Openreach is responsible for the country’s telecoms network and works for over 500 providers, including BT.

We surveyed thousands of broadband users so we can reveal the best broadband providers.

It is hoped that these new measures mean unhappy broadband customers will finally get the level of reliable broadband service they expect and deserve.

Which? Director of Policy and Campaigns, Alex Neill, said: ‘Millions of people have suffered woeful levels of service from Openreach so these changes can’t come soon enough. In order for these reforms to be judged as a success customers will expect them to deliver big improvements in service.

‘Telecoms are an essential part of our daily lives and so it is vital that everyone can access good quality broadband, switching is made easier and compensation is made available when things do go wrong.’

Immediate action to be taken

BT’s super-fast broadband network has suffered under-investment of potentially hundreds of millions of pounds a year, with the group also failing to improve service levels in recent years.

While not as costly as a full separation, Ofcom’s ruling means splitting the two divisions so that BT’s Openreach is a legally distinct firm with an independent board and control over budget and branding.

Selling off BT Openreach would take years, and it’s thought that Ofcom has opted for this strategy as it can be introduced within months with minimal further disruption to customers.

Can’t get fast broadband? Find out more about satellite broadband.

MPs have previously accused BT of making strategic decisions that put the group’s interests ahead of customers and its Openreach business. They want to impose tougher penalties for poor service to encourage BT to invest more in Openreach.

Last week a report from the Culture, Media and Sport Select Committee claimed that BT’s lack of transparency on Openreach costs had ‘stifled local competition and thwarted other network providers.’

Competitors pay to use the network and rivals, such as Sky, Vodafone and TalkTalk, have repeatedly urged the group to replace its ageing network of copper wire.

BT chief executive Gavin Patterson is still hopeful 95% of the country will have high-speed internet by the end of 2017 and the 5% gap will be filled by 2020.

It remains to seen whether these new measures will improve BT Openreach, but we will continue to push for customers to have access to good quality broadband and compensation for poor service.

You can help, too. Sign up to our broadband speed campaign to help get the broadband service you deserve. Click Give us Broadband Speed Guaranteed.