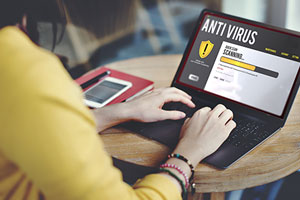 Antivirus software programs can become less effective against internet security threats as time goes by. That’s what we found when we retested 30 virus protection packages six months after their release.

Every autumn, we test the latest antivirus programs released by the most popular internet security companies on the market – including AVG, Avast, McAfee and Norton.

But because fresh and fiendish viruses, malware and scams are being released onto the web on a daily basis, we wanted to make sure that the protection we recommend is still fighting-fit months after release.

While many remained just as effective – or just as incompetent – as they were half a year before, some packages are actually better now than they were when we tested them on release. And, worryingly, some have become less tough at turning away nasties.

Whether you’re after a paid-for package or free antivirus, you can see reviews of all the internet security we’ve tested – click to head straight to our antivirus reviews.

Our antivirus retests revealed some rather surprising outcomes. This resulted in us removing the Best Buy status from one paid-for PC package, which was significantly worse at deflecting phishing attempts than when we first tested it half a year ago.

In large part however, we were encouraged to discover that protection tends to stay the same or even improve.

One program, for example, was more prolific at stopping scam attempts. While another has added extra parental controls since we last tested it.

There’s no point downloading virus protection that you can’t trust. Our tests have revealed several packages that we’re confident to make Which? Best Buys – and some are completely free to install. See which ones we recommend as Best Buy antivirus software.

For a long time Macs have been thought to be impervious to malicious attacks. But following OS X’s first case of ‘ransomware’ in March, it seems that they may now be at risk.

So we took this opportunity to toughen up our tests on software that’s specially designed to protect Apple computers. As well as continuing to see how well they cope with more common adverware, ID theft and phishing scams, we added Mac malware in to the mix, too. If Apple-attacking viruses do become more prevalent, you want to be sure that the security package you’ve downloaded will be up to the task.

As a result, we’ve been able to crown two more Mac programs with Best Buy status. For our rundown of the three finest OS X-defending downloads on the web, click through to our guide to the best antivirus for your Mac.