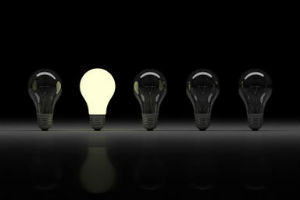 Several Which? members reduced their energy bills by replacing light bulbs with LEDs

Switching energy provider is a simple way to save yourself hundreds of pounds over the course of a year – but it’s not the only step you can take to reduce the cost of your utility bills.

Throughout the year we survey thousands of Which? members to see how they save money on everyday bills, services or purchases. You can see the full range of our members’ best money-saving tips by trialling Which? Money for two months for £1.

In December 2015 we asked members to tell us about the savings they’ve made on utility bills. Here are some of their best tips.

Switching energy provider was the most popular way to save among members who told us they’d taken steps to cut their bills in the past year.

People who switched energy providers with Which? Switch between 1 November and 30 April 2016 saved an average of £369 a year on their gas and electricity bills.

Yet, one member told she’s on track to save £600 on her dual fuel bill after using Which? Switch to move from British Gas to Ovo almost a year ago.

Others told us they benefited by switching to a supplier that has a zero-standing charge. If your energy usage is low – because you only live in your property for part of the year, for example – this could suit you as well.

Click the panel on the right to see how much you could save by switching providers for gas, electricity or both.

Unless you’ve got a water meter, your bill will be determined by the rateable value of your property, not the amount of water you use. This means that if you live in a small household or a property with a high rateable value, you could be paying more than you need to.

To check if you’d be better off with a meter, try the Consumer Council for Water’s online calculator, or ask your water company.

One member told us she expects to save as much as £24.50 a month by getting one installed. If your water company can’t install a meter, you can ask for an assessed bill instead. Water meters aren’t free to install in Scotland, so the cost needs to be factored in.

You could be a due a rebate on your bill if a proportion of the water you use doesn’t end up down the drain as ‘sewerage’ – for example, because you use a garden hose to fill a pool or water plants, or you’ve got a ‘soakaway’, a gravel patio that collects surface rainwater and stops it from running down the drain. One member told us he received a rebate of £137.04 by installing a sub-meter on his garden watering system, which measures outdoor water usage.

Broadband, phone and TV packages often come with attractive introductory offers, but you could end up paying twice as much when it reverts to the standard price.

Switching regularly is one way to combat price hikes. One member was unsatisfied with their TalkTalk connection speed and decided to try EE. They used the online chat facility and managed to get a deal for £5 a month less, plus a free mobile phone, in the space of just 30 minutes.

Haggling with your existing provider can be just as effective. One member told us she saved £150 when she threatened to cancel her Sky subscription.

Find out more: haggling for better broadband deals – use our tried-and-tested script

Making your home more energy-efficient will reduce the impact on the environment and your bank balance.

Turning down the thermostat is the easiest place to start. One member told us she’s saving £20 a month by turning the thermostat down from 20 to 15 degrees while working from home during the day – and using a fire in the evening instead of central heating to keep her flat warm.

Another told us he replaced all the light bulbs in his three bedroom bungalow with LEDs. By doing this and turning his thermostat down from 22 to 19 degrees in the winter, he’s saved £30 a month.

Members also told us how they saved money by purchasing energy-efficient appliances. One is saving £20 a month, thanks in part to purchasing an induction hob, which heats up and cools down quickly, so wastes less heat than traditional electric hobs. She’s also started using a one-cup kettle, which has reduced both her energy and water usage.

Find out more: creating an energy-saving home – our comprehensive guide