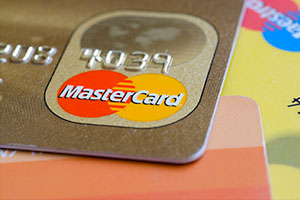 MasterCard is facing a claim of up to £19 billion in damages in a landmark UK collective action over card charges that were passed on to shoppers.

The claim is to be filed under the new Consumer Rights Act 2015, which allows for collective damages claims for breaches of competition law.

Former financial services ombudsman Walter Merricks is relying on a decision by the European Commission that MasterCard set unlawfully high interchange fees – which are charged to stores when shoppers swipe their debit or credit cards – for 16 years.

Find out more about your consumer rights.

Mr Merricks claims that excessive charges were passed on to consumers in the form of inflated prices for goods and services.

In 2014, the European Court of Justice confirmed that such charges were a violation of EU antitrust rules.

Mr Merricks, who has instructed the law firm Quinn Emanuel, claimed that the total damage caused to UK consumers could be as much as £19 billion, equating to hundreds of pounds for each shopper.

Mr Merricks said: ‘There is no question that MasterCard acted illegally in the way it conducted its business, a business that affects all of us.

‘All of us overpaid to the tune of up to £19 billion during a period lasting 16 years.’

MasterCard said it ‘firmly disagrees’ with the basis of the claim.

Boris Bronfentrinker, lead partner at Quinn Emanuel which has been instructed by Mr Merricks, has called this a landmark case where unlawful anti-competitive conduct has harmed UK consumers to the tune of hundreds of pounds.

Mr Bronfentrinker said that the claim was not large enough for any individual consumer to bring individually. But by ‘aggregating the claims and bringing them on a collective basis, all UK consumers who lost out will get the compensation they are owed’.

Which? calls for customer compensation

Which? director of policy and campaigns Alex Neill said: ‘MasterCard has been found to be imposing illegal fees on millions of consumers and businesses across Europe.

‘It’s now only right that the money is returned to customers that were victims of this practice.’