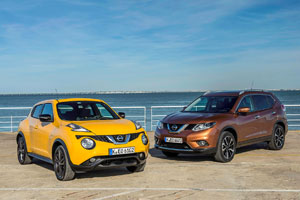 Nissan has started a recall of several of its cars, including the Juke and X-Trail (pictured)

Nissan and Jaguar have instigated voluntary recalls for some of the UK’s best-known vehicles, including the Nissan Qashqai – the UK’s fifth best-selling car.

Jaguar has warned of a problem with the F-Pace, its first ever SUV, concerning the incorrect routing of the start motor cable. Possible consequences, as reported by the European Commission’s Rapid Alert System, include the vehicle stalling, melting of the starter motor cable sheathing and surrounding parts and, in extreme circumstances, an under-bonnet fire.

Nissan has started a voluntary recall of the Qashqai, Juke, X-trail and Pulsar models because of concerns that a faulty rear oxygen sensor may fail to trigger an alert should the car produce an excessive amount of exhaust gasses. 7,393 Nissan vehicles in the UK are affected.

The Qashqai and the X-Trail have previously been highlighted by Which? as two of the most polluting cars in the UK, as both create a lot of harmful NOx (oxides of nitrogen).

Which? reviews cars like no one else. While our rigorous lab testing reveals a car’s true emissions and mpg, our car reviews also include feedback gathered from thousands of owners to find out which vehicles are reliable and trustworthy, and which will simply generate massive repair bills.

Which cars are affected?

Jaguar F-Pace: cars with the 3.0-litre diesel engine are affected.

Nissan Qashqai, Juke, X-Trail, Pulsar: models manufactured between 2014 and 2016 may be affected. 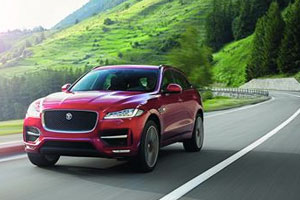 The F-Pace is a large luxury SUV, and the first SUV produced by Jaguar

What action are the manufacturers taking?

Jaguar has begun a voluntary safety recall of the affected models.

Nissan has also begun a voluntary recall this month and is contacting owners of affected cars.

A Nissan spokesperson said: ‘Nissan is conducting a voluntary recall campaign on Juke, Pulsar, Qashqai and X-Trail to re-program the ECM (electronic control module) to correct an issue with the monitoring of the rear oxygen (O2) sensor.

‘Nissan began notifying customers in July, asking owners to bring their vehicle to an authorized Nissan retailer where they will re-program the ECM at no cost to customers.’

How to check if you’re affected

If you want to check if you’re affected, contact the manufacturer: 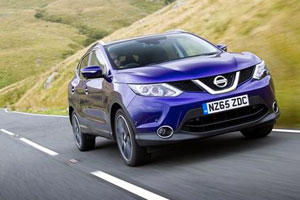 Which? has criticised Nissan in the past for producing cars with excessively high emissions. Though all cars produced by the manufacturer meet European legislation in official tests, our tests are much more realistic and more indicative of the actual amount of emissions cars generate in real life.

In our more realistic tests, all of the following cars that are part of the voluntary recall produce so much NOx (oxides of nitrogen) or CO (carbon monoxide) that they wouldn’t meet the official limits set in this century.

The Nissan X-Trail is one of the highest polluting cars we’ve come across yet. Its 1.5 diesel engine produces 13 times as much NOx as official limits allow (when faced with our more realistic tests). The next most polluting car we’ve tested is the 1.5 diesel version of the Qashqai.