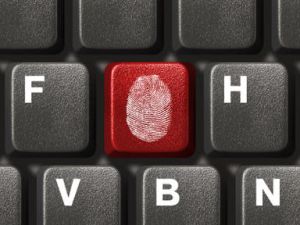 Nearly six million cases of fraud and cybercrime are committed every year, with one in ten of us now falling foul of these offences.

Fraud is now the most common crime likely to be experienced by the general population.

Questions on fraud and cybercrime were added to the Crime Survey for England and Wales for the first time in October last year.

We’ve produced a number of guides to help you spot the latest scams.

Fraud and cybercrime will be officially included in the crime statistics for England and Wales next year but these estimated numbers, published by the Office for National Statistics (ONS), illustrate the scale of the problem.

Which? director of policy and campaigns Alex Neill said: ‘For the first time, the shocking scale of people hit by cybercrime and fraud has been revealed.

‘With cybercrime becoming increasingly sophisticated, even the savviest people can be scammed, so it’s vital that businesses up their game in the fight against fraud.

‘The new Home Secretary must ensure that the government’s Joint Fraud Taskforce investigates whether businesses are taking enough responsibility when their customers are defrauded.’

Of the two million computer misuse incidents, the majority involved a computer or internet-enabled device being infected with a virus, accounting for 1.4 million incidents.

The remaining 600,000 crimes related to ‘unauthorised access to personal information’ – such as hacking.

The most common types of fraud experienced were bank and credit account fraud, with 2.5 million incidents, followed by ‘non-investment’ fraud – such as scams related to online shopping.

Today’s statistics underline the fact that crime in this area is hugely under-reported. There is a vast difference between the number of reports made to Action Fraud (661,004 in 2015) and the millions revealed by the crime survey.

Fraud is at record levels, with millions of scams perpetrated each year, costing the British public £9bn annually. While there are sensible steps we can take to protect ourselves, an unfair burden has been placed on the public.

Which? is urging the government to take the lead and ensure that companies safeguard us all from scams. Sign our petition to force action on scams.