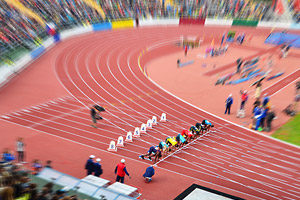 With the Rio 2016 Olympic Games less than two weeks away, Which? is warning that a site is selling Olympic tickets in breach of official ticket restrictions.

The site, Bookriogames2016.com, ranks higher in internet searches than official sites such as CoSport – the Rio 2016 authorised ticket seller for Great Britain and Northern Ireland.

Bookriogames2016.com states ‘you’re protected with us’, yet people buying from this site risk not being allowed into the event because the Rio 2016 Olympic Games terms and conditions forbid entry if your ticket isn’t purchased form an authorised source.

Bookriogames2016.com is not an authorised source. Don’t take a risk on a dodgy ticket site, use our seven-step guide to spotting a fake, fraudulent or scam website.

Which? has seven key concerns about the site and the risk it could pose to ticket buyers.

We contacted the Bookriogames2016.com website using the email address and phone number listed to discuss our concerns.

No one replied to our emails or phone calls, and the telephone number has since been removed from the website.

Which? Director of Policy and Campaigns Alex Neill said: ‘If you’re planning to buy a last-minute ticket for the Olympic Games, make sure you buy from an authorised ticket seller, otherwise you risk being turned away at the gates.

‘We’ve reported our concerns about this site to Action Fraud, but more must be done both in the UK and internationally to ensure ticket restrictions are made clear to consumers.’