We’re going to make this as clear as possible, one last time: today is your last chance to download your Windows 10 update for free. Hopefully by now you’ve made up your mind as to whether you want it or not, because uncertainty could cost you a pretty penny – as of tomorrow Windows 10 will be priced at £100.

When it was released a year ago, Microsoft stated that Windows 10 would be free for the first year – 29 July marks that one-year anniversary. However, that landmark doesn’t just herald the introduction of a price tag – it also brings one of Windows 10’s biggest ever updates.

The short answer? A whole host of features (some new and some enhancements on existing elements) to make Windows 10 feel like a more comprehensive and intuitive operating system. For the long answer, read on.

Microsoft’s voice-operated digital assistant (read: its answer to Apple’s ‘Siri’) is a lot smarter now. She’s always listening, so you can bark out commands whether you’re in the middle of typing a document or stood on the other side of the room. Don’t worry – if that makes you uncomfortable you can switch off her voice recognition, even if you can’t turn her off entirely.

Cortana can schedule appointments, take notes, search the web and synchronise with your other Windows 10 devices, should you have any. If you’ve got a Windows 10 smartphone you can dictate a text to your computer and have her send it for you. 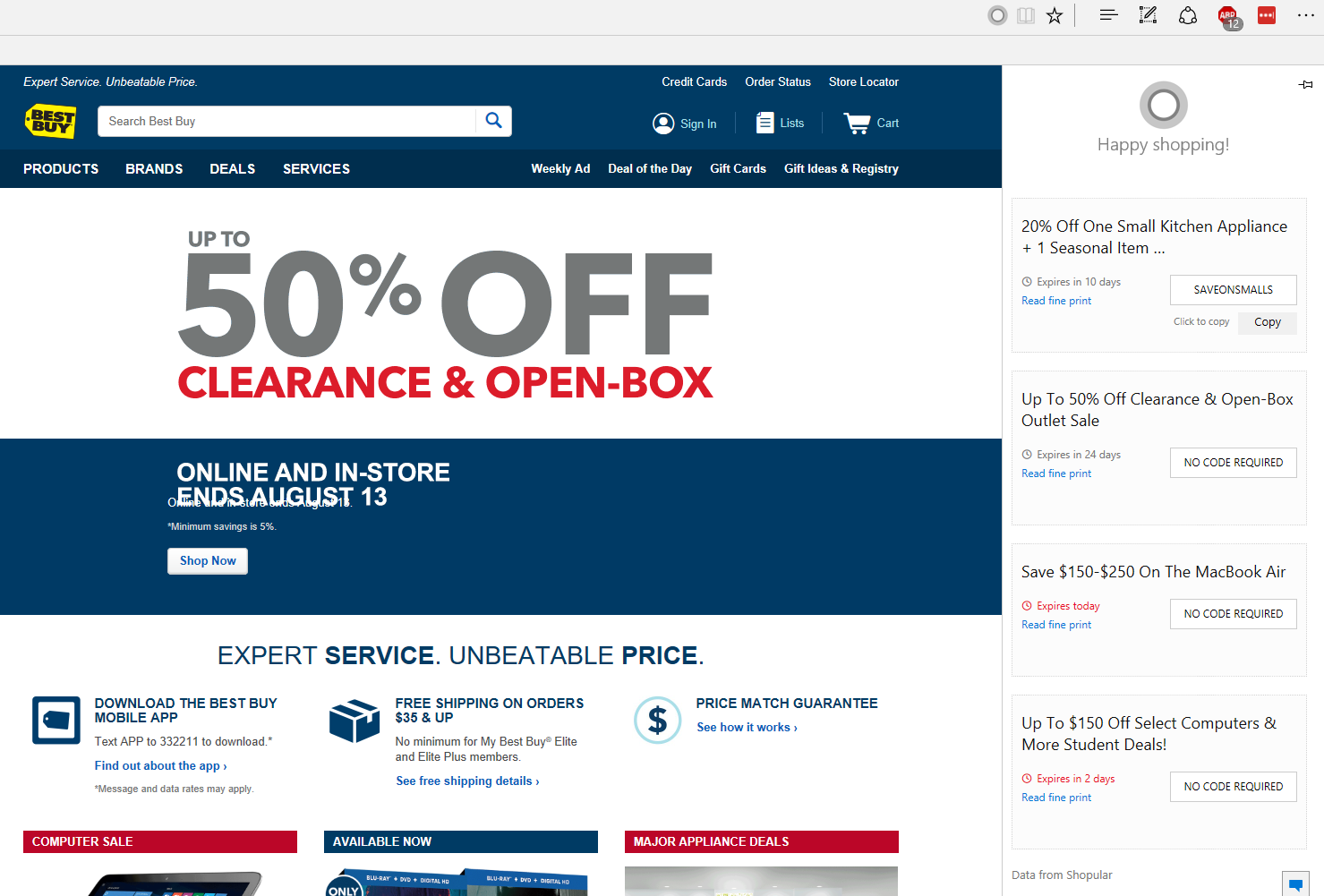 Microsoft’s Internet Explorer was much maligned in its later years but its new Edge browser received a lukewarm reception at the start of its life. It wasn’t necessarily a bad web browser, but it could scarcely hold a candle to established options like Chrome or Firefox. A big part of this was its dearth of extensions, which it’s now finally receiving. There may still only be dozens of them, rather than thousands, but the introduction of extensions like AdBlock and Last Pass mean that Edge is actually usable now.

It’s also got some pretty nifty Cortana integration. For example, if you’re doing some online shopping Cortana will pop up and suggest where you can buy the item on your screen cheaper, or offer you a coupon. 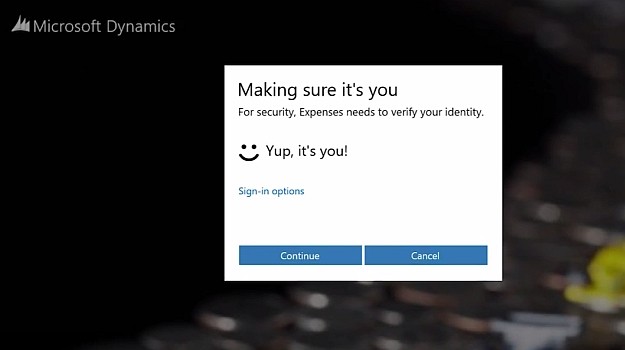 Now we’re talking – Windows Hello is a feature that could really help change the way you use your PC or laptop. Using biometrics (either a fingerprint scan or facial recognition) it aims to create a sort of digital passport. This means that instead of having to remember various accounts and waste time logging in to sites and services you can instead use your own body – instantaneous, impossible to forget and (almost) impossible to forge. With regards to shopping it’s only available on the Microsoft Store for now, but once it’s tried and tested will be rolling out further. 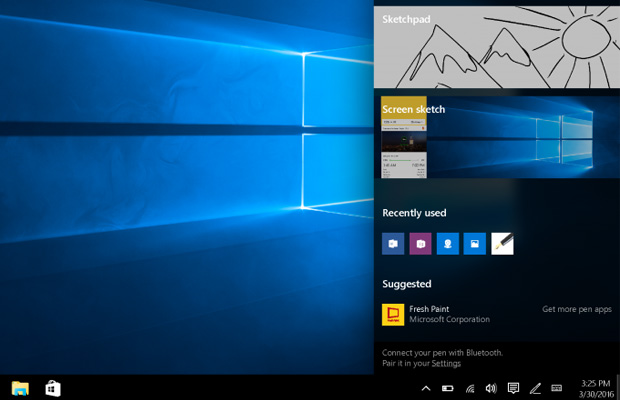 This is the name given to the suite of applications that utilise Windows 10’s pen functionality. Of course, this is totally irrelevant if you don’t have a touchscreen device, but for those with machines like the Surface Pro 4 it makes your stylus a lot more useful. Notes, Screen Sketch and Sketchpad all come as standard, while there’s more Ink-enabled apps on the Microsoft Store.

Windows 10 has the ability to, quite reliably, translate your scrawled handwriting into plain text. What’s great, though, is that Insights can interpret your writing as usable data – for example, if you write down a website, phone number or even a flight code it will give you relevant options for it. 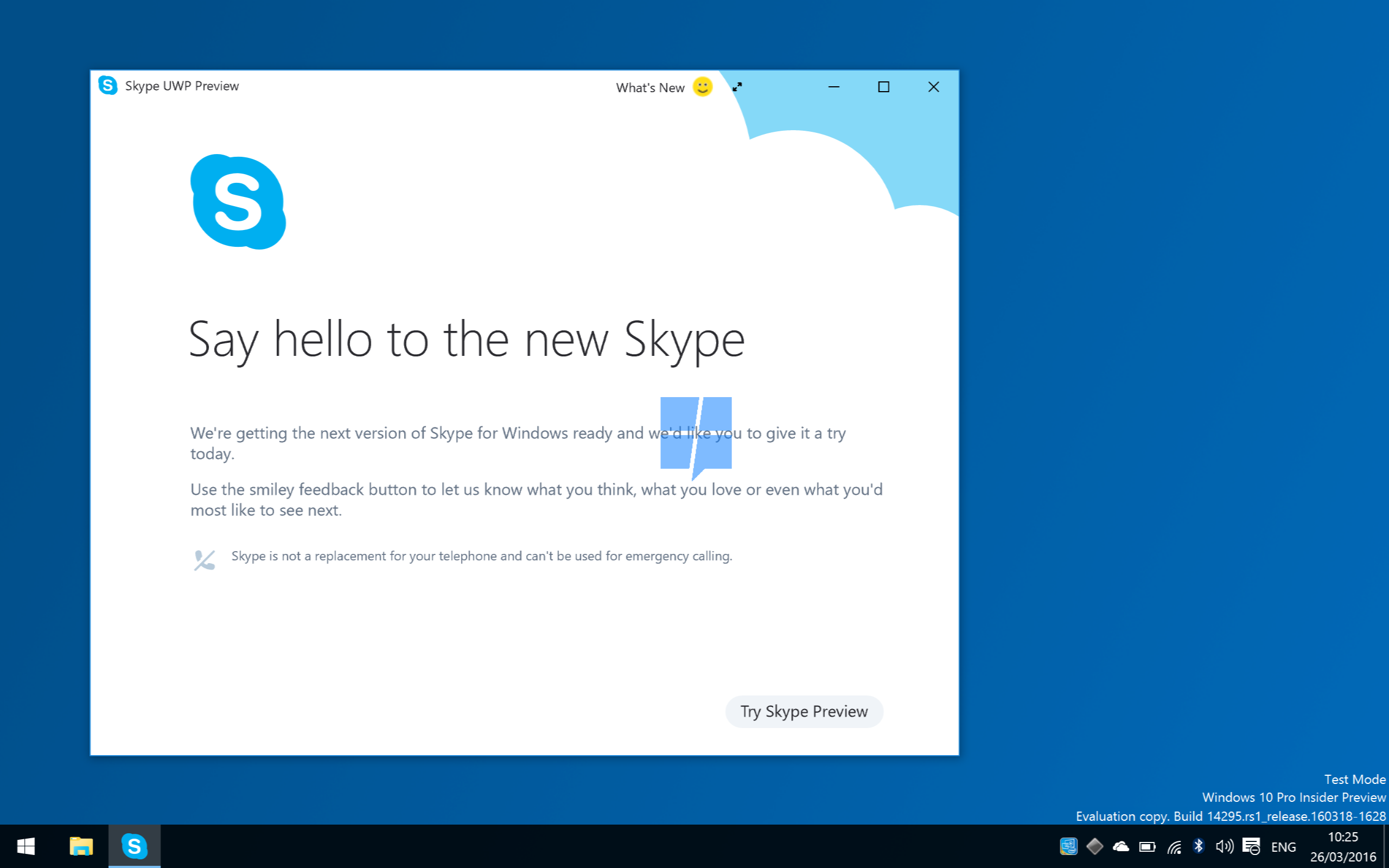 Skype was not initially built in to Windows 10. It is now. Good stuff.

If you’ve got a Windows 10 phone you can now project its display onto your desktop, which could be handy. It essentially does what Continuum already did, except now you don’t need to buy a fancy dock to do it.

All three have received some nuanced improvements that you should notice once you sit down and start using them post-update. Notifications have been tidied up, you can pin chat or music apps, and you can quick-swap between snapped views.