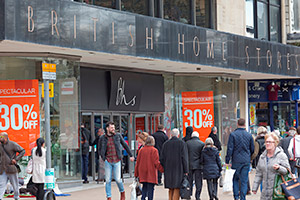 The last 35 BHS stores are expected to close this week, with the doomed retailer set to disappear from the high street entirely by the weekend.

Administrators to the department store chain are set to shut 13 stores on Wednesday, and 22 stores on Saturday, bringing an end to 88 years of British retail history.

Duff & Phelps and FRP Advisory have already overseen 128 closures over the past weeks, including BHS’s flagship Oxford Street store. The BHS website closed on 25 July 2016.

You can use our advice to understand your rights if a retailer goes into administration.

If you make any purchases during the closing sales, it will be more difficult to claim a refund for faulty products, as the retailer will have ceased trading.

Which? director of policy and campaigns Alex Neill advises: ‘If you buy something that costs more than £100, make sure you use a credit card, as you’ll be able to make a claim against your credit card company if anything goes wrong.

‘If you’re buying electricals, check whether the item comes with a manufacturer’s warranty – if it breaks, you’ll need this to get it repaired or to get your money back.’

Retail billionaire Sir Philip Green has borne the brunt of the public fallout, having been branded the ‘unacceptable face of capitalism’ by furious MPs.

Sir Philip owned BHS for 15 years before selling it to serial bankrupt Dominic Chappell for £1 in 2015.

Sir Philip has come under fire for taking more than £400m in dividends from the chain, leaving it with a £571m pension deficit, and for selling it to a man with no retail experience.

Veteran Labour MP Frank Field has asked the Serious Fraud Office (SFO) to launch a formal investigation into the pair to ascertain if any criminal wrongdoing occurred during the sale of the chain and throughout their respective ownerships.