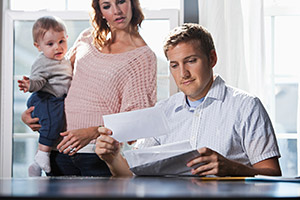 If you have a prepayment energy meter, you could save money under new Ofgem rules announced today

Energy customers on prepayment tariffs are set to save around £75 per year from next April, thanks to a price cap announced today by energy market regulator Ofgem.

The price cap will be introduced in April 2017 for more than four million customers on prepayment meters. It’s hoped that the price cap will protect some of the most vulnerable gas and electricity customers who are least likely to switch supplier.

Support our Which? campaign to help make the energy market fairer for all.

Today’s announcement is just one of a number of actions planned to make switching energy tariffs easier for consumers, as set out in the Competition and Market Authority’s (CMA) report about the energy market last month

Which? Director of Policy and Campaigns Alex Neill said: ‘After two years of investigation into the energy market it’s now time for action, so it’s good to see Ofgem swiftly taking forward the CMA’s recommendations to increase competition and reach people who are not engaged in the market.

‘The regulator faces a huge challenge in implementing all of these recommendations in a way that stimulates competition to deliver better outcomes for many more consumers. For this to happen the industry will need to commit to working with the regulator to ensure people get a fairer deal on their energy.’

Prices will be capped until 2020 when the roll-out of the next-generation smart meters is expected to be mainly completed.

Ofgem has also announced plans to help those with non-prepayment meters to get a better deal.

Two thirds of people (66%) are on their supplier’s most expensive energy tariffs – known as standard variable tariffs – compared with 69% last year.

Regulator Ofgem said it will work with energy suppliers to help these customers to shop around and save money. It will trial adding prompts on customer’s bills to encourage them to look for a better energy deal.

An Ofgem-controlled database of customers who have not switched energy tariff in the last three years will also be tested next year. The idea is that other energy suppliers will be able to contact these customers to offer them better deals.

What do you think of the changes? Take part in our online debate.

Save money on gas and electricity

Out of all households, just under 90% are still customers of one of the Big Six gas and electricity companies (British Gas, EDF, Eon, Npower, Scottish Power and SSE) and 21% of customers in England have been with their supplier for more than 10 years.

If you’re on one of the priciest standard variable tariffs, you could save up to £355 a year by switching energy supplier to the cheapest deal.

Our latest consumer tracker reveals 28% of people trust energy suppliers – 36% distrust them. If you think you’re paying too much for energy or are fed up with poor customer service, don’t put up with it – switch your supplier or energy tariff.