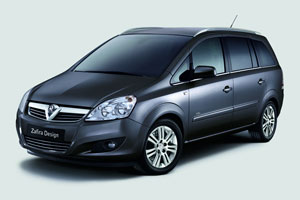 Vauxhall has launched a second recall of its Zafira MPV, manufactured between 2005-2014. This is to address an issue with the blower motor resistor, which has led to a spate of vehicle fires.

Owners of affected Vauxhall Zafira cars will be invited for remedial work at their local Vauxhall retailer. All Zafira ‘B’ models, except those with electronic climate control, are affected. There are around 235,000 Zafira ‘B’ cars in the UK.

The Vauxhall recall includes Zafira ‘B’ cars fitted with air conditioning or with no air conditioning at all. These Zafira models are at risk of fire, due to the possibility of poor repair work previously being carried out on the resistor’s thermal fuse.

The recall letters are due to be sent out from 8 August.

Which? reviews cars like no one else. We use both rigorous lab testing and feedback from thousands of owners to generate robust and reliable data on economy and reliability. See our expert car reviews.

How to check if your Vauxhall Zafira is affected

Models with electronic climate control (ECC) – these have a button marked ‘AUTO’, near the top left of the ventilation control panel – are not affected. Neither are Zafira ‘A’ (1999-2005) and Zafira Tourer (2012-) models.

To minimise the risk of a fire occurring, Vauxhall is advising owners of affected Zafira ‘B’ vehicles to use the ventilation system with the blower set to either 0 (off) or 4 (full). This bypasses the resistor.

Vauxhall will be writing to affected owners directly. But if you’re concerned or unsure whether your car is part of the recall, you can contact Vauxhall directly. Either call 0800 026 4970 or email vauxhall.customerassistance@vauxhall.co.uk. 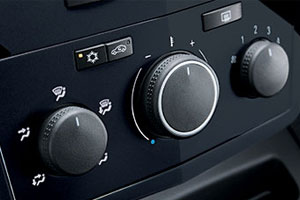 What action is Vauxhall taking?

The first documented case of a Zafira fire confirmed to be caused by the blower motor resistor dates back to February 2009. But it wasn’t until 2014 that Vauxhall became aware there was a common link between cases.

It launched its first recall in December 2015, which involved replacing the blower motor resistor. However, with repaired vehicles subsequently catching fire, it proved ineffective.

Speaking before the Transport Select Committee in July, Vauxhall’s customer experience director, Peter Hope, said: ‘Vauxhall and I personally are truly sorry. We fully understand the gravity of the situation with Zafira B.

‘We have really focused a lot of resource on addressing this issue. Certainly, between now and the second recall, huge efforts are being made to bring this forward, and to complete it as quickly as we can.’

He went on to state that while Vauxhall was in the process of arranging a compensation process to Zafira owners who had lost their vehicle due to fire, there was no plan to compensate for the inconvenience and worry suffered by owners whose cars had not yet suffered any physical damage.

This latest fix will involve replacing the heater fan resistor with a new design that is more tamper-proof, as well as a water deflector beneath the windscreen to minimise corrosion. The blower motor will also be replaced if necessary.