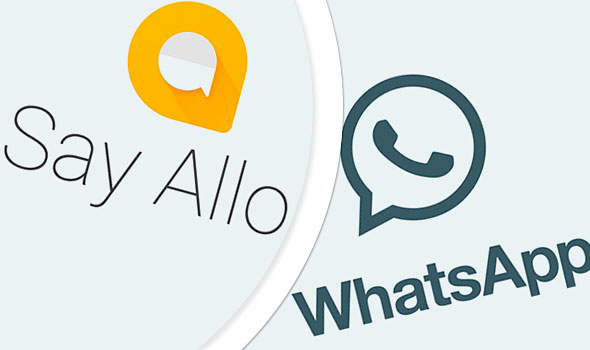 Making a dent in WhatApp’s messaging monopoly isn’t easy. The Facebook-owned app has over one billion users. Google hopes that its new app, Allo, will persuade people to leave WhatsApp, Facebook Messenger and Viber behind.

It’s an uphill struggle but Allo, which is available on iOS and Android, has some neat features that streamline texting and add some personality to your messages.

What does Allo do differently?

AI is at the heart of Allo. The built-in Google Assistant can help you in several ways. It’s like having Google search in the app. You can ask it anything and it will respond with the answer lifted from a webpage. It can send images, too. Ask for a picture of an orange and you’ll get several to choose from. And, you can click the responses to be taken straight to the full website if you want to learn more.

That’s not all your new assistant can do. It can set alarms, tell you what restaurants are nearby and send you quizzes. Discovering all the features is a bit of a rabbit hole. Learning new facts, getting interesting quotes and hearing jokes from the assistant is something akin to a Wikipedia binge – it’s difficult to stop.

Google Assistant can join your other chats as well. Type @Google followed by your request and everyone in the chat will see the assistant’s answer.

Allo doesn’t rewrite the rules on texting, but it does its best to make it as quick as possible. Let’s face it, the most painful part of texting is typing. As advanced as touchscreen keyboards have become, for most of us our fingers still aren’t as accurate or as quick as we would like. Spelling errors and temperamental autocorrections that so easily turn innocent words into something quite the opposite are common (and usually hilarious), which is why Allo does its best to get rid of typing altogether.

When you receive a text, Smart Reply will give you a list of responses. Receive a text saying, ‘What are you up to today?’ and Allo’s optional responses may be ‘Working’ or ‘Relaxing at home’. Your response becomes one click. Allo even learns how you text and adjusts your responses the more it gets to know you. Smart Reply works for pictures too. Allo can spot what’s in an image. A picture of a cat could let you select ‘Cute cat’ or ‘Is that a Persian?’. Or even ‘I hate cats’.

Sending picture messages used to be costly. It can cost you up to 50p on some networks. Apps such as WhatsApp and Viber made picture messages free. The only cost is data. Pictures say a thousand words and now it’s as cheap to send a selfie or a screenshot as it is a wordy text message.

Allo builds on this by letting you draw and write all over your pictures before you send them. You can’t create a masterpiece from scratch like you can in Apple’s latest iMessage update, but any picture you take or have in your gallery is available to scrawl over.

Smart Reply and Google Assistant are excellent features that WhatsApp doesn’t have, but convincing almost a sixth of everyone on the planet to download and get used to something new will be tough.

You can still send messages to people who don’t have the app installed. It will show up as an SMS in their phone’s built-in messaging app. You can also send them a message with a link to download Allo. Google is clearly relying on word of mouth or, in this case, word of text to get people interested.

WhatsApp has its advantages too. It lets you make phone and video calls straight from the app. Google created Duo to handle video calls rather than integrating them into Allo.

There’s also the matter of encryption, something that’s never far from the news. WhatsApp encrypts every message you send, so only you and the recipient can see it. If you want encryption in Allo you’ll need to actively select an incognito chat. It’s odd that Google wouldn’t follow the trend and make all the chats encrypted and it begs the question – what will Google do with the contents of our messages? It has led to whistleblower Edward Snowden imploring people not to download it over privacy concerns.

Then again, WhatsApp isn’t perfect when it comes to privacy. Unless you turn off the feature, WhatsApp will share your information with the app’s owner, Facebook. And new users have no choice but to accept these terms.

Should you try it?

There is enough new in Allo that you should at least give it a try – even if you only talk to your Google Assistant. The smart reply makes texting a one-tap affair and the speed makes the whole experience of texting more enjoyable.

Are you giving Allo a go? Let us know what you think in the comments.