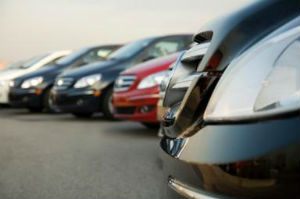 The standard rate of insurance premium tax (IPT) will go up for the second time in less than a year tomorrow.

Factoring in the November 2015 increases, the average combined building and contents policy will now cost over £12.50 more than it did 12 months ago. A comprehensive motor insurance policy will set you back £16 extra, and pet insurance over £12.

Private medical insurance policy holders will pay over £52.50 more than they did a year ago.

Over a decade of insurance tax rises

Since IPT was introduced in 1994 at a single flat rate of 2.5%, there have been five price hikes affecting a range of policies from home and car insurance to pet and private medical cover.

The latest tax  rise was announced in the March Budget and is aimed at raising money for flood defences.

Travel insurance is subject to a higher rate of IPT at 20%, which remains unchanged, while other types of insurance including life insurance are exempt.

The ABI said the tax was a punishment on responsible policy holders in the UK, also pointing out that insuring a car was a legal requirement.

ABI general director general Huw Evans said: ‘These two IPT increases are a raid on the responsible, taking advantage of those who already do the most to avoid becoming a burden on the state.

‘The government should be in no doubt that such steep increases in insurance premium tax may eat into the finances of both households and businesses.’

Metro Bank announces new overdraft rate: how does it compare?

New £20 note launches today: how much are your old banknotes worth?

Inflation jumped in January 2020: what does this mean for your savings?