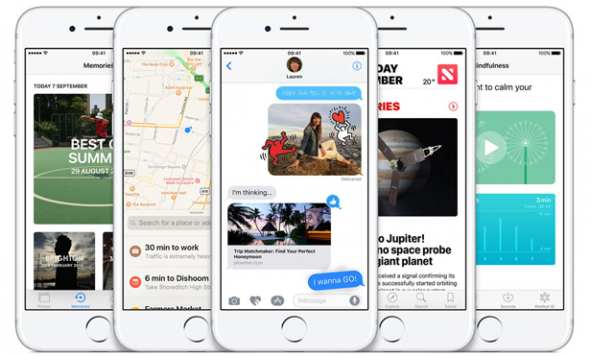 iOS 10 has arrived, but what exactly does Apple have in store for your iPad or iPhone – and will your device support iOS 10? We’ve got the details.

We first caught a glimpse of iOS 10 back at Apple’s World-Wide Developer Conference (WWDC), and now the update has finally been released alongside the new iPhone 7 and iPhone 7 Plus.

If you own an iPhone or iPad, then iOS is what it’s running on. Apple’s iOS 9 was released in September 2015, and that may well be the version on your Apple device right now. iOS 10 will be released in the UK on September 13, although some older iPads and iPhones won’t receive the update. Read on to find out more.

iPhone struggling already? You need our five top tips to speed up your iPhone.

You’ll notice plenty of changes on your iPhone or iPad with iOS 10. We’ve picked out the features that matter the most, from an improved Siri to handy new features on Apple’s default messaging app.

Smart notifications and a redesigned lockscreen 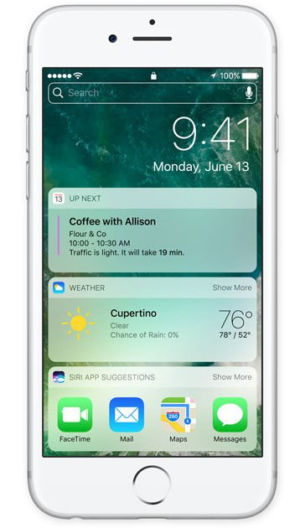 With iOS 10, notifications are now more interactive, with some even making use of 3D Touch (this uses pressure-sensors to detect different types of tap).

You can respond to notifications on your iOS device without having to leave the lockscreen at all. Receive an Uber notification, for example, and you can expand the alert and see where your driver is on an animated map. You can also use 3D Touch to clear all of your existing notifications in one go, which saves you from having to manually remove them one by one. Swiping from the right side of the screen will quickly open the Camera app, too.

Siri is now available for use by third-party developers. This means apps are able to use Siri and all of her voice-recognition goodness. We expect lots of popular iOS apps will take full advantage of this update over time, allowing you to book tables at your favourite restaurants or make online payments with voice commands.

Fancy a new iPhone? Our Which Apple iPhone should I buy? guide can help.

Apple’s ‘QuickType’ aims to make predictive text smarter, allowing you to type quicker. As you’re tapping away, QuickType is able to bring up relevant pictures or files that you may want to include in your message. If a friend asks where you are over text, for example, QuickType will generate a window that instantly sends over your location details when tapped. Recent addresses and contact information can also be generated automatically.

The latest version of iOS can recognise people, places and objects in your photos, which means those images can be grouped together. You may end up with an album of snaps starring your best friend, for example, or a collection of silly pictures of your dog. You can also type a friend’s name into the search box and be shown your pictures of that person right away. According to Apple, the Photos app performs ‘billions’ of calculations to help arrange your snaps. Selfie addicts will be delighted. 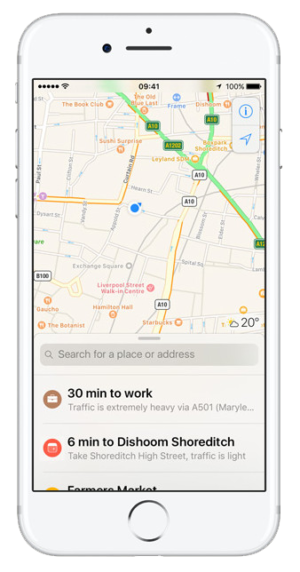 All three are getting a facelift. The latest version of Apple Maps will learn your daily routine and offer suggestions on stops you may want to make on your way. Upcoming meetings you have inside your calendar can also be paired with suggested travel routes. Will this be the update that finally raises it to the level of Google Maps? Take a look at our post on Google Maps vs Apple Maps for more.

Apple’s default Music app looks different in iOS 10, and you can now sing along to your favourite tunes with lyrics that scroll as tracks play. Meanwhile, Apple News will receive both subscription and ‘breaking news’ notifications, great for staying on top of the headlines of the day.

Apps dedicated to the Internet of Things

With Apple’s new Home app, you can control various HomeKit devices with iOS, whether that means turning lights on, opening the garage door or checking security cameras inside your house. Apple is hoping that its Home app will make our connected devices at home easier to manage. Home even supports Siri, so you can speak commands too.

To save even more time, you can use Home to create ‘scenes’. You might make a ‘leaving for work’ scene, which automatically turns off all your lights and lowers your thermostat. Find out more on connected homes with our Internet of Things guide. 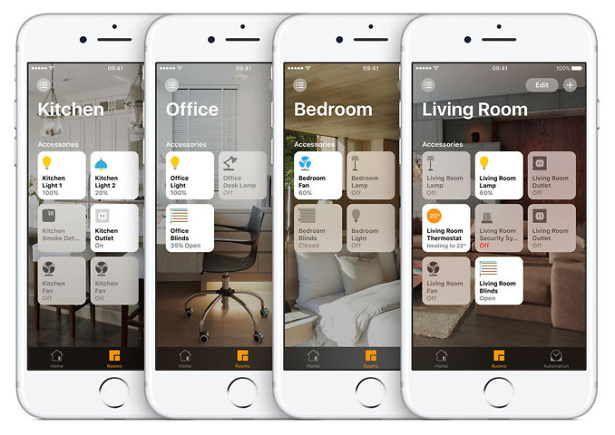 Voicemail received one of its biggest updates ever in iOS 9. This saw messages integrated within the app, so you no longer had to ring your network provider’s special number just to listen to your messages. Now it’s being taken one step further with the inclusion of voicemail transcriptions.

With iOS 10, you’re able to read voicemail messages left for you as if they were text messages – perfect for when you’re busy and unable to make a phonecall to listen to them. Just how accurate this transcription will be is yet to be seen.

A host of tweaks to Messages

The iOS messaging app hasn’t been forgotten, either. Apple isn’t reinventing the wheel here, but is introducing a few useful additions.

Messages are getting rich links. Like with Twitter or WhatsApp, when you send a web link to a contact, a thumbnail and two-line description now appear in the message. It also introduces ‘invisible ink’ – a message that has to be swiped over in order to be read. Emoji will display three times larger when sent by themselves, and you can swap words for emoji substitutes in your messages with just one tap. 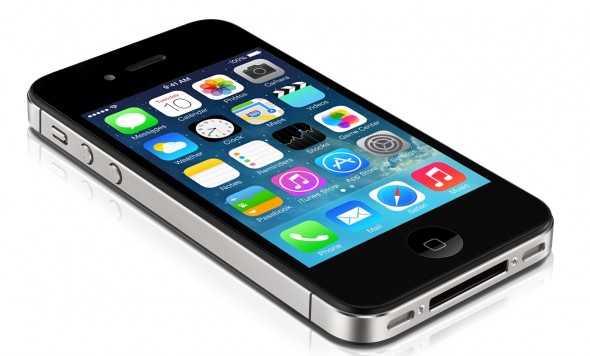 iOS 10 is available from September 13, but before you get excited take a look at our list of compatible devices. If your iPhone or iPad isn’t on this list, it won’t be able to support iOS 10:

The big names missing from this list are the iPhone 4s and the second and third generation of iPads. Of course, there’s nothing stopping you from continuing to use them with iOS 9, but you’ll need to start to think about upgrading if you want all the latest features and security updates.

We’ll help you choose your next new tablet or phone – check out our Best Buy tablets and Best Buy mobile phones.