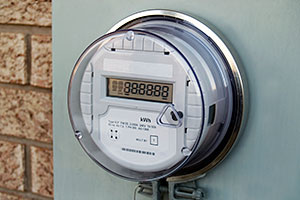 Which? has discovered that the wireless smart meter network switch-on has been delayed again. We’ve also found out that even when it is live, energy companies can continue to install smart meters which are not necessarily compatible with the network for 12 months.

The wireless smart meter network was scheduled to go live today, but we can reveal that it’s not going to happen. The network is owned by the Data and Communications Company (DCC).

A DCC spokesperson said: ‘The national data and communications infrastructure is in the final stages of testing and is making good progress. We are working hard to deliver the network at the earliest possible opportunity to the energy industry.’

Separately, the government department for Business Energy and Industrial Strategy (BEIS) told us that energy suppliers can continue to install first generation smart meters (SMETS1) for 12 months from when the smart meter network goes live.

If you have one of these smart meters, you may find it stops being smart if you switch energy supplier – this was confirmed in a government report from the Science and Technology Committee last week. Which means you’ll have to take manual meter readings again.

The launch of the wireless network, operated by the Data and Communications Company (DCC), has been delayed twice previously, from March and August 2016. It’s part of the government’s plan to install 53 million smart meters in homes by 2020. So far, since 2013, more than 3.6 million smart meters have been installed.

These smart meters send automatic readings to your energy supplier, but won’t necessarily all connect with the new DCC network once its live. This means that if you switch energy supplier, your smart meter may revert to ‘dumb’ mode. So you’ll have to take manual meter readings again. We’ve heard from Which? members who have had this happen to their smart meter.

SMETS1 meters will be made compatible with the DCC network. But there is no official deadline for this, other than it will be before the roll-out is due to finish in 2020.

The Science and Technology Committee said that ‘The interoperability of some early smart meters has still not been resolved […] This undermines efforts to encourage consumers to switch supplier to get the best tariff deals and requires timely action.’

Second generation (or SMETS2) smart meters will be able to be read by all energy suppliers and make switching easier. Suppliers can start installing these from when the smart meter wireless network is live.

Watch our installation video and find out more about getting a smart meter installed.

The Science and Technology Committee’s ‘evidence check’ report raised other concerns with smart meters, including that savings consumers will make on their energy bills as a result of smart meters are expected to be small.

But the report also found national benefits from smart meters, including making the energy system smarter, more secure and reducing pollution. The Chair of the Committe, Dr Tania Mathias, said ‘homeowners and businesses need to receive tailored advice about how they can benefit from smart metering. The ‘smartness’ comes from what customers can do with them’.

Smart meters give both you and your energy supplier accurate and regular updates on how much electricity and gas you use. Like traditional meters, they measure your energy use. Plus smart meters automatically send your usage information to your supplier, via wireless networks, similar to mobile phone networks.

They mean you won’t need to take manual meter readings any more, and your bills will no longer be estimated. Smart meters also usually come with an in-home display (IHD) or mobile app. This shows how much energy you use in real time.