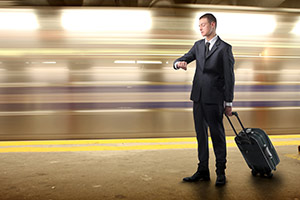 Rail passengers will be able to claim compensation when trains are more than 15 minutes late under plans announced by the Department for Transport (DfT).

The policy will be launched in the coming months on services run by Govia Thameslink Railway (GTR) before being rolled out across the country.

GTR operates Southern services, which have suffered months of disruption due to a dispute over the role of conductors onboard.

Existing compensation rules had only enabled passengers to claim payouts when services were delayed by at least 30 minutes.

If you’ve been delayed on a train journey, you may be able to claim compensation. Our guides explain how to claim train-delay compensation.

Which? Director of Campaigns and Communications Vickie Sheriff said: ‘This update to the Delay Repay scheme is welcome news for passengers, who will now find compensation available for shorter delays to their train journeys.

‘However, we need to see this rolled out across the railways, and the pressure is on train companies to provide clear information on how to get a refund when journeys are disrupted.’

Which? is calling on train operators to improve compensation for delays and make rail refunds easier, and we want the regulator to take action if they don’t.

Under the new Delay Repay 15 scheme, the compensation thresholds will be:

Transport Secretary Chris Grayling said: ‘We recognise that, above all else, passengers want a reliable train service but, when things do go wrong, it is vital that they are compensated fairly.

‘Delay Repay 15 is a major improvement for passengers, and we are working with train companies to make it as easy as possible for passengers to claim their rightful compensation.’

Officials said they will explore opportunities to roll the scheme out for all DfT franchises during this Parliament.

The announcement follows the Consumer Rights Act coming into force for rail, coach and maritime travel at the start of October.

The act introduced stronger rights for passengers, meaning that they could now be eligible to receive compensation for all-too-common occurrences, such as severely overcrowded trains with too few carriages, or season ticket holders enduring a consistently late-running service?.

Which? has developed a free tool to help you claim a refund or compensation for a train, coach or ferry journey that’s been provided without reasonable care and skill.