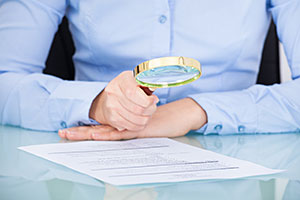 More than half of UK businesses don’t fully understand the rules on terms and conditions, and customers could be getting hit in the pocket, research has found.

The Competition and Markets Authority (CMA) has today published research revealing that 54% of UK businesses don’t fully understand the rules on unfair terms, which directly impacts how their customers are treated.

The CMA research shows that less than half of the companies it surveyed claimed to have a good understanding of the rules on unfair terms, whereas 36% owned up to not having a strong grasp and 18% admitted that they had never heard of them at all.

It also found that some businesses think a signed contract is final, not realising it can’t enforce a term against a consumer if it’s unfair.

Others confessed to copying terms from larger businesses or competitors, incorrectly assuming that these will automatically be fair and legally binding.

Use our guide to your rights if you think there’s an unfair term in your contract.

The rules on using unfair terms are set down in the Consumer Rights Act 2015 (CRA). Most concerning was that only 15% of companies surveyed said they were familiar with the act when asked.

The CRA replaced some major pieces of consumer legislation last year, including the Sale of Goods Act, the introduction of which was heavily promoted by the government’s now-defunct Department for Business Innovation and Skills.

The act sets out the legal framework for many rights we take for granted, including the return of faulty goods, delivery rights and the supply of a service.

What is an unfair term?

Unfair terms are those that give businesses an unfair advantage over consumers, often by reducing their rights or ability to complain if things go wrong.

For example, an unfair term could be:

Director of Communications at the CMA Paul Latham said: ‘Consumers have a right to be treated fairly – and businesses need to know that they can’t rely on their terms and conditions if they’re not fair.’