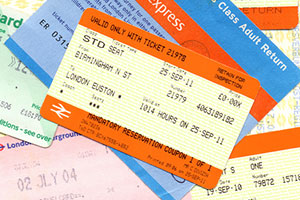 The Consumer Rights Act has come into force for rail, coach and maritime travel from today.

The act gives you stronger rights, meaning you could be entitled to compensation if a service isn’t delivered with reasonable care and skill.

Passengers could now be eligible to receive compensation for all-too-common occurrences, such as severely overcrowded trains with too few carriages, or season ticket holders enduring a consistently late-running service?.

Which? has developed a free tool to help you claim a refund or compensation for a train, coach or ferry journey that’s been provided without reasonable care and skill.

Which? Director of Policy and Campaigns Alex Neill said: ‘These new rights should make it easier for passengers to get compensation for delays and poor service.

‘The Government also needs to go further and bring in an ombudsman service that all train companies have to sign up to so that passenger complaints are properly heard and resolved.’

Which? will be closely monitoring the train companies and will be looking at potential legal action to test these new rights if train companies are found to be letting their passengers down.

We believe these legal cases will be critical in ensuring that compensation is provided where it’s due. We’re now seeking case studies to help test and shape the new regime in the rail sector.

The Consumer Rights Act has also made clear that consumers have the right to claim for consequential losses.

This means that, in addition to claiming a full or partial refund where a service was provided without reasonable care and skill, passengers can also claim for additional financial losses they’ve suffered as a direct result.

For example, a delay or cancellation may have caused them to miss a connecting journey meaning they had to pay for an alternative service.

Which? successfully campaigned for the rail, coach and maritime industries’ Consumer Rights Act exemption to be withdrawn after the government sought to make it permanent.

On reversing its decision, the government then proposed an additional 12-month exemption for the rail industry until October 2017.

Which? opposed this and, in a move that put passengers first, the new Rail Minister, Paul Maynard MP, overturned the proposal in early September and decided that the rail industry should have to comply with the act from October 2016.

The Which? team will be at Birmingham New Street station on Sunday 2 and Monday 3 October, handing out details on passengers’ new rights and encouraging anyone with train horror stories to share them with us.