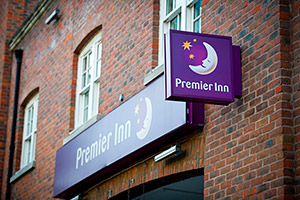 We’ve rated 33 UK hotel chains, based on the experiences of more than 4,000 customers.

Which? asked its members to rate the largest hotel chains in the UK according to attributes from the comfort of the beds to toiletries.

From more than 5,000 responses, Premier Inn came first with a customer score of 83%. Almost 1,500 of the respondents had stayed in a Premier Inn in the last year.

Britannia came bottom of the table for the fourth year running with a score of 44%. Customers said its properties were ‘ancient’, ‘very basic’ and ‘in need of updating’.

The average price that members told us that they had paid also increased over the year from £68 to £80.

Other popular chains reviewed include Best Western, Holiday Inn, Ibis and Travelodge. Subscribers can see the full results of the survey in our UK hotel chains reviews or in the November issue of Which? Travel.

Amber Dalton, acting editor of Which? Travel, said: ‘When it comes to UK hotel chains, you don’t necessarily get what you pay for. Which? members told us that the top-rated chain, Premier Inn, cost them on average £10 less than the one with the lowest customer score.

‘The hotels at the bottom of the rankings need to up their game to bring standards in line with those at the top, which offer a better service, often at modest prices.’