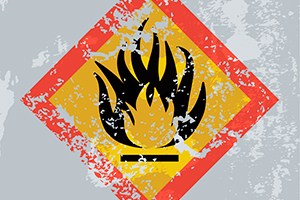 A London Fire Brigade investigation has found an Indesit tumble dryer subject to a safety notice to be the cause of a huge tower-block blaze in August.

Fire investigators at the time said they believed the tumble dryer was behind the fire in London’s Shepherd’s Bush, which seriously damaged part of an 18-storey high-rise block and took 120 firefighters to bring under control.

The brigade’s extensive investigation has now concluded that the fire started in the tumble dryer.

It also found evidence that an engineer had been due to visit the property to carry out modifications.

If you’re concerned that you have an affected dryer, you can use our advice on your rights in the event of a safety notice or product recall.

With an estimated 5.3 million potentially dangerous dryers in the UK, Which? believes that more needs to be done to inform owners if their dryers are dangerous.

Which? Managing Director of Home & Legal services Alex Neill said: ‘Almost a year on, there are still millions of potentially dangerous tumble dryers in people’s homes.

‘London Fire Brigade’s investigation into the Shepherd’s Bush fire highlights the urgent need for the government to review the Whirlpool case and set out how it is going to improve safety for affected customers.’

Whirlpool maintains that people can continue to use the affected dryers while they’re waiting for them to be modified, so long as they are not left unattended.

The brigade strongly disagrees, however, and is urging anyone with one of the models in question to immediately unplug the machine and stop using it.

London Fire Brigade’s Director of Operations Dave Brown said: ‘Following the conclusion of our investigation, we are now appealing once again for them to change their advice and bring it into line with our own.

‘Thankfully, there were no serious injuries in the Shepherd’s Bush fire, but we may not be so lucky if it happens again.’

In response to the investigation, Whirlpool has said: ‘While we understand that London Fire Brigade has concluded its investigation into the incident, Whirlpool’s independent forensic investigations are still ongoing and, in the circumstances, it would be inappropriate to comment further.

‘The safety of consumers is our number-one priority, and we are committed to doing everything we can to ensure that the tumble dryer modification programme is carried out in a safe and timely manner.’