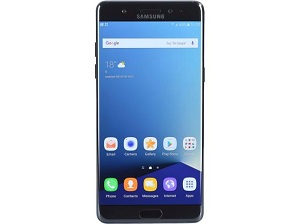 The battery is the cause of the Note 7’s woes

If you own a Galaxy Note 7, either an original or a replacement model, turn it off immediately and contact the company you bought the phone from. Alternatively, contact Samsung on 0330 726 7864.

In a statement, Samsung said: ‘Consumers with either an original Galaxy Note 7 or replacement Galaxy Note 7 device should power down and stop using the device and take advantage of the remedies available.’

At the moment, Note 7 owners can ask for a refund from Samsung or exchange the faulty handset for a different model. If you have pre-ordered the phone, you can cancel your order.

We are currently confirming the refund or replacement situation with Note 7s bought on contract from mobile phone networks.

As of 11 October 2016, Samsung has instructed carriers and retail partners around the world to stop sales and exchanges of the Galaxy Note 7 while an investigation takes place.

A US man had woken to find his room full of smoke and his Galaxy Note 7 phone on fire. Michael Klering of Kentucky told local reporters that his phone wasn’t plugged in at the time.

The phone sent to Mr Klering was a new version of the phone that was supposedly not susceptible to the dangerous battery fault.

Another replacement Galaxy Note 7 caught fire on a plane in America last week, causing the plane to be evacuated before take-off.

Samsung issued a recall notice in September following 35 reported cases of phones catching fire, seemingly at random. The fault was traced back to a fault in the battery.

If you have pre-ordered the Note 7 online from a UK retailer, you should be able to cancel your order and get a refund

Product recalls and returns – what are your rights?

A recall notice is the most severe level of safety notice. It means that a manufacturer is concerned about the safety of one of its products.

A recall was issued when the original Note 7 handsets were reported to be catching fire. No such recall has been issued for the replacement handsets yet, although production of them has permanently ceased.

When a recall happens the manufacturer should contact you and advise you how to go about returning the product.

Usually, your product will either be repaired or replaced with a version that does not have the same problem.

You should not be charged for the recall. Any repair work and the cost of returning your product should be covered by the manufacturer.

Sometimes a manufacturer will agree to replace the product at a greatly reduced cost.

Read our recall guide to learn more about what you can do and what your rights are if a product you own is recalled.