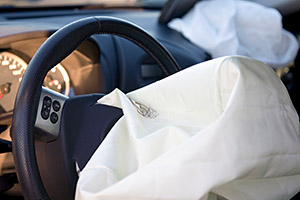 Japanese car giant Toyota has recalled a further 5.8 million cars sold across the globe over potentially faulty airbags made by components supplier Takata.

Read our review of the latest Toyota Yaris.

Of the total number of cars recalled, 1.47 million were sold in Europe. The recall includes 20,000 cars that were fitted with replacement airbags following a recall in 2010 over the same issue, which have now been deemed unsafe by regulators.

This recall is the latest development in the Takata airbag saga, which began in 2008 and has seen no less than 12 leading carmakers instigate recalls, with the total number of affected cars expected to rise to over 100 million.

The scale of the recall is unprecedented, being the largest and most complicated in history. It is expected to take a number of years for Takata to manufacture enough replacement airbags to cover the total number of cars recalled.

Know your rights. Read the Which? guide to product recalls, which includes step-by-step advice on what to do if you discover a product you own is faulty.

Investigators believe that ammonium nitrate, which can become unstable when exposed to heat or moisture, causing the airbags to explode with excessive force and spray passengers with shrapnel, is behind the fault. Sixteen deaths have so far been attributed to the fault, mostly in the United States, as well as over 100 reported injuries.

The unsafe airbags do not contain a drying agent to prevent the ammonium nitrate from becoming volatile, and become more of a risk of injury as they age. It is estimated that related recalls will continue until at least the end of 2018.

Confused by the bewildering array of safety kit available on new cars? Read our guide on active and passive safety features.

Global car manufacturers, including Honda, Toyota, Volkswagen and Ford have stated they will stop using Takata airbags containing ammonium nitrate in the future. The car parts manufacturer’s future is uncertain, as it seeks investment to help manage the huge costs it faces for compensation.

Toyota is expected to contact affected owners in due course, though concerned drivers can contact their local dealer for more information.