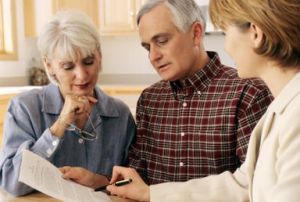 Nearly 100,000 people may have been mis-sold annuities

News that 90,000 annuity holders may be in line for compensation running into hundreds of pounds each has left many wondering whether they were sold the right deal.

Which? outlines what you need to know.

The financial watchdog has found evidence of poor practice in the way that some pension providers have been selling annuities.

An annuity is a financial product you buy at retirement – essentially, you hand over your retirement savings in return for a guaranteed income until you die. Once you’ve bought it, you can’t currently change your mind.

The Financial Conduct Authority (FCA) looked at whether firms told customers they could be eligible for an ‘enhanced annuity’ – which offers a better rate to people with certain health problems. The FCA also examined whether firms encouraged people to shop around for the best annuity rate.

The watchdog analysed records of sales made without regulated financial advice between May 2008 and April 2015. It said it had found no evidence of an industry-wide failure to give the right information, but at a ‘small number of firms’ it had concerns that staff gave important information in a conversation – normally over the phone – rather than in writing. In some conversations, staff played down the benefits of shopping around, or didn’t mention enhanced annuities at all. This was likely to have caused some customers to miss out on a deal giving them a higher income.

What is an enhanced annuity?

If you have a serious medical condition, annuity companies will view you as a customer likely to die sooner than one in good health, and will therefore offer a higher rate on the basis they won’t have to pay the income for as long – essentially using up your pension pot faster.

Companies are supposed to ask you about your health to see whether you’ll qualify for an enhanced annuity.

How can I tell if I’ve been mis-sold an annuity?

Up to 48% of people who buy an annuity qualify for an enhanced one due to their health or lifestyle (smokers qualify, for example). Many of these will have been wrongly sold a standard annuity instead.

It’s possible you were mis-sold your annuity if any of the following applies:

What do I need to do?

If you think that you’ve got a case, submit a complaint to your annuity company setting out all the reasons why you think you were mis-sold, and any evidence you have.

If the FCA concludes that any companies have mis-sold annuities, they will have to write to the affected customers to offer compensation. However, it’s unclear how long that will take.

The FCA estimated that the average customer missed out on a figure between £120 and £240 a year. This could add up to nearly £5,000 over the course of an average retirement.

Which? wants the FCA to ensure that all those due compensation get it as quickly as possible.

The Which? Money Helpline can offer guidance if you have questions about an annuity you’ve bought. The helpline has helped thousands of people find answers to their money queries, and has won £2.9m in redress for consumers since it started in 2009.