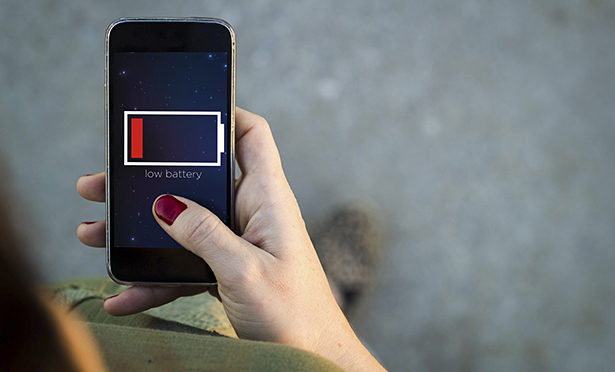 For tech that just keeps going, we tell you the mobile phone, tablet, laptop, Bluetooth speaker and wireless headphones with the best battery.

The estimated figure of how much the recalled Samsung Galaxy Note 7 mobile will cost the manufacturer varies wildly from $2 billion to as much as $18 billion. What we do know is that it’s all down to that key component of any smartphone – the battery.

Fortunately, it’s very rare that a device’s battery will result in a fire risk. But battery life can mean the difference between a Which? Best Buy and a gadget that we would seriously recommend you steer clear of.

Read on to discover the mobile phone, tablet, laptop, Bluetooth speaker and wireless headphones that our test labs have found to keep working the longest from a single charge – and those that peter out before you’ve barely left the house.

Best Buy mobiles – quite simply, these are the best phones you can buy right now 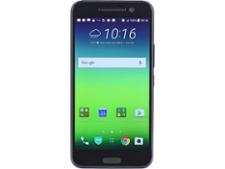 The HTC 10 is a chatterbox’s best friend. Our lab tests found that it will take a mighty 1,859 minutes of continuous talk time before its battery finally runs out of juice – that’s a minute shy of 31 hours. The Taiwanese company’s flagship handset has a 5.2-inch display and a 12Mp main camera. Like most premium phones on the market today, it has a fingerprint reader for added security, as well as a micro-SD card slot if you need a little more room for songs and snaps than the 32GB on-board storage allows.

To see whether it’s fast enough and sufficiently easy to use to warrant a Best Buy commendation, head to our HTC 10 review.

And the worst: The EE Rook’s dreadful battery life is the worst we’ve found in our tests. Head out of the house fully charged, and you’ll find that a mere three hours of browsing the web will drain it completely dry. Perhaps rather wisely, EE stopped selling it three months ago. 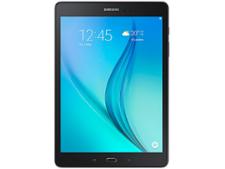 Apple iPads used to set the standard for how long a tablet battery can last. But this Samsung’s stamina blows that received wisdom out of the water. The Galaxy Tab A’s already impressive lifespan only improved further when we retested it after the device’s Android Marshmallow update. On average, you’ll get almost 16 hours of continuous use. So unless you’re on a long-haul flight to the Antipodes, you’ll probably get a few days grace before needing to plug in. The 4:3 aspect ratio screen is marketed as being an ideal companion for bookworms – while it may not last you the whole of War and Peace, you should be able to read plenty before being niggled by the ‘Connect charger’ warning.

It’s affordable, too, at around £200 to buy new. But is it worth considering? Find out in our Samsung Galaxy Tab A 9.7 review.

And the worst: With a price tag of less than £100, we hadn’t expected the Acer Iconia B1-710 to compete with the big boys. But the three or so hours of battery life you get is frankly pathetic. Never mind Tolstoy, this tablet will barely get you through today’s newspaper. 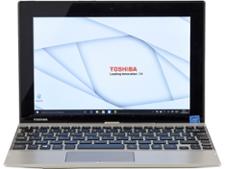 If you need proof that laptops and tablets are becoming more and more alike, then we present the ‘ultra-mobile’ Toshiba Satellite Click 10 as Exhibit A. Its screen and keyboard detach from one another in an instant, giving you the choice of using it as a laptop or tablet. And like tablets, this Toshiba laptop has an epic battery life. It lasts around 11 hours for movie marathons, and more than 12 for continuous web surfing over wi-fi. And it’s much cheaper than most Windows 10 PCs on the market, too – you’ll be able to find this little laptop for under £300.

A long-lasting battery is one thing, but we’ll only award a Best Buy logo to laptops that are also comfortable use and have a speedy processor, too. Click to see if the Toshiba Satellite Click 10 makes the grade.

And the worst: From one extreme to the other, the 15-inch Asus Zenbook Pro UX501 is a top-of-the-range machine that you’ll have to spend over a grand to buy. True, you may see this large unit as more of a replacement for your traditional desktop computer, but we still think the two-and-a-half hour battery life is miserly. 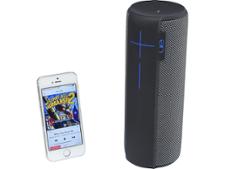 Once you’ve finished tittering over its faintly ridiculous name, take a moment to marvel over how long the Megaboom lasts on a single charge. It keeps going for a massive 2,259 minutes, or just shy of 38 hours. That’s enough time to listen to the entire back catalogue of Beatles studio albums – four times in a row. In addition to its awesome battery life, Ultimate Ears also claims that its speaker is waterproof up to one metre, so ideal if you like to listen to your tunes by the pool. And for added ease of use, there’s an accompanying app, allowing you to control playback and volume from the convenience of your own smartphone.

Unsurprisingly though, the main focus of our Bluetooth speaker tests is how good they sound. Read our Ultimate Ears Megaboom review to discover whether it’s crystal clear or a damp squib.

And the worst: The 165 minutes that the Bose SoundTouch Portable Series II’s battery lasts will barely even get you through Justin Bieber’s oeuvre. We’ll let you decide whether that’s a good thing or not… 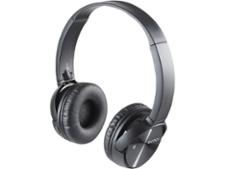 Before the Apple iPhone 7 took the decision away from you altogether, we found that Sony’s MDR-ZX330BT Bluetooth headphones were the best option for music and podcast fans who don’t want to be tethered to a headphone jack. A full charge will last for 44.5 hours according to our lab tests – now that’s a lot of Beatles and Bieber. These on-ear cans are stylish, too, and their discreet buttons allow you to control the volume and answer calls without taking your phone from your pocket. And in a market where the likes of Beats By Dre and Bang & Olufsen start at prices over £100, the £50 RRP is very appealing.

But do they offer sound that hits the sweet spot? Or is it all a muffled mess? Head to our Sony MDR-ZX330BT review to find out.

And the worst: Skullcandy XTplyo‘s sub-five-hour battery life certainly wasn’t music to our ears. Their diminutive size may account for the disappointing lifespan – handy for when you have to put them back in your pocket when the battery runs out…again.