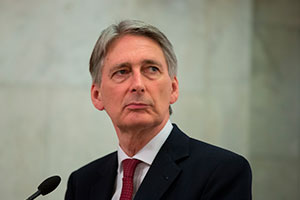 Savers struggling to get a decent return, older people plagued by cold calls about their pension and renters hit with high letting fees have all been given a boost by today’s Autumn Statement.

Philip Hammond, the new Chancellor of the Exchequer, delivered his first set of plans for taxes and spending and in it laid out some key proposals to help improve the financial wellbeing of working families.

Letting agencies will be banned from charging fees to tenants, potentially saving 4.3 million households as much as £500, while companies cold-calling people about pensions – which often lead to millions in losses from scams – will be fined as much as £500,000 for breaching a new ban.

Perhaps the biggest bombshell was that Autumn Statement and Budget are to effectively swap places in the future – with major tax and spending changes announced in the Autumn from 2017 instead of March, and an update taking place in Spring 2018, when the Budget usually occurs.

Here, Which?  Money outlines the key measures announced in today’s Autumn Statement and explains what it means for you and your finances in the future.

The Chancellor confirmed that the triple lock on the state pension – which sees it increased annually by the highest of wage growth, inflation, or 2.5% – will remain in place until the end of this parliament. However, the Chancellor intimated that changes to the triple-lock could be announced at the next spending review – meaning the 2017 Budget.

In a surprise move, the money purchase annual allowance – the amount you can put into a pension once you’ve started drawing from it – will be reduced. It falls from £10,000 to £4,000 in April 2017.

The government also confirmed plans to ban companies from cold-calling people about pensions; the maximum penalty will be a fine of £500,000. According to government figures, cold callers have targeted up to 11 million people a year, and consumers have lost £19m to pension scammers in the past year.

Which? has long highlighted the problem of nuisance calls and achieved major progress in our campaign for better protection.

Find out more: Autumn Statement 2016: how your pension will be affected

Renters to be spared letting fees amid new house-building boom

The Chancellor announced a ban on letting fees being charged to tenants in England, with the cost instead being shifted to landlords. Philip Hammond said that this will save 4.3 million households hundreds of pounds.

Research from Which? carried out in July 2016 found that tenancy fees can be between £300 and £500. The move sees England follow Scotland, which has banned tenancy fees since 1984.

The government will also launch a £2.3bn housing infrastructure fund, which could help build a further 100,000 new homes in high demand areas.

However, the Chancellor also announced that the personal allowance will rise each year by inflation from 2020 onwards.

Want to know how much income tax you’ll pay this year? Use Which?’s new and improved tax calculator.

Salary sacrifice schemes – which see you swapping your salary for other benefits, such as gym memberships – will be outlawed from April 2018. Benefits such as pension saving, paying for childcare and cycle-to-work schemes will not be affected.

The government will tackle the rising cost of travel through a freeze on fuel duty. In 2017, fuel duty will remain frozen for the seventh successive year, saving drivers £130 a year on average.

Insurance Premium Tax (IPT) will increase again, from 10% to 12% in June 2017 – this will have an impact on the cost of your car, home and travel insurance policies. IPT has risen by 66% over the past 15 months.

Finally, some help for beleaguered savers

Since coming to power, both the Chancellor and Prime Minister have bemoaned the impact of low savings rates on consumers, and Mr Hammond announced a surprise action for savers.

The government will launch a new market-leading National Savings and Investment Bond after the Budget in 2017. This is expected to pay 2.2% for a three year term, with a maximum investment of £3,000. This will pay maximum of interest of £66 a year.

Find out more: Autumn Statement 2016: the latest action for savers