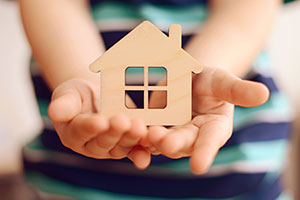 Insurance policyholders will see a hike in their car and home cover after the Chancellor announced a further rise in insurance premium tax (IPT).

The tax will rise in June next year from 10% to 12%. At that point, IPT will have effectively doubled in less than two years.

If the rise is passed on wholesale to customers next summer, it could see the average car insurance premium rise by about £9 a year.

The combined November 2015 and October 2016 tax hikes added £12.50 a year to the average home insurance (building and contents) policy, while the average comprehensive car insurance policy rose by £16, according to the Association of British Insurers. Pet insurance increased by more than £12 and private medical policy holders paid £52.50 extra, the association said.

Travel insurance is subject to a higher rate of IPT at 20%, which is unchanged following today’s Autumn Statement; other types of insurance, including life insurance, are exempt.

Since IPT was introduced in 1994 at a single flat rate of 2.5%, there have been five price hikes affecting a range of policies from home and car insurance to pet and private medical cover. The previous tax rise was announced in the March Budget and was aimed at raising money for flood defences.

Cheaper than Europe and less than VAT

Mr Hammond told parliament: ‘Insurance premium tax in this country is lower than in many other European countries, and half the rate of VAT.

‘In order to raise revenue, which is required to fund spending commitments I am making today, it will rise from 10% currently, to 12% from next June.’

Mr Hammond confirmed that a review of whiplash claims – which insurers say are a major source of fraud and increased costs – will save £40 a year on the average premium. However, there are questions over whether this saving will be passed on to customers.

Concerning next June’s IPT rise, the government has said that ‘any impact on premiums depends on insurers’ commercial decisions’.

Coronavirus: how to apply for a three-month mortgage payment holiday

Coronavirus: how to shop safely at the supermarket

Coronavirus: what it means for your travel insurance