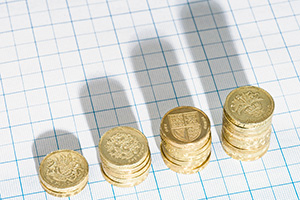 Savers are currently protected up to £75,000 if their bank goes bust

Savers could see the level of protection they get if their bank goes bust increased by £10,000, thanks to the dramatic fall in the value of the pound since June’s Brexit vote.

This would see the Financial Services Compensation Scheme (FSCS) limit return to £85,000 – the level it was just a year ago.

If you hold savings with a bank or building society which is authorised by the Financial Conduct Authority – meaning that the regulator has given it a rubber stamp to look after your money – your savings are currently protected up to £75,000 should your bank go bust.

Bank of England consulting on changes

This figure is set to be the equivalent of €100,000, so that all savers across the EU get the same level of protection. However, the Bank of England took the controversial decision to lower the limit from £85,000 to its current level for UK savers in January 2016, due to the strength of the pound against the euro.

The Bank is now consulting on reversing this decision and restoring the limit back to £85,000. This is considered to be an unusual step as the compensation limits are only reviewed every five years. However, the rules allow for additional reviews of the compensation limit when unforeseen events occur, and with the pound having fallen from €1.41 to €1.17 since 1 December 2015, the Bank is now looking to increase the FSCS limit again.

Find out more: How are your savings protected? – read our guide to FSCS

How does the FSCS work?

The FSCS protects up to £75,000 of savings per individual, per financial institution. This means you’ll get the first £75,000 back that you hold with a bank or building society authorised by the FCA. So, if you have more than that, it makes sense to spread your money around different banks.

If you’re worried about this, Which? Money has done the hard work for you. Use our Who Owns Who banking tool to find out which banks share authorisations and which ones have their own, so that you can ensure your savings are fully protected.

This story was updated on 25/11/2016 to remove mention of M&S Bank sharing an authorisation with HSBC. M&S Bank has a separate authorisation, and is covered separately under the FSCS.