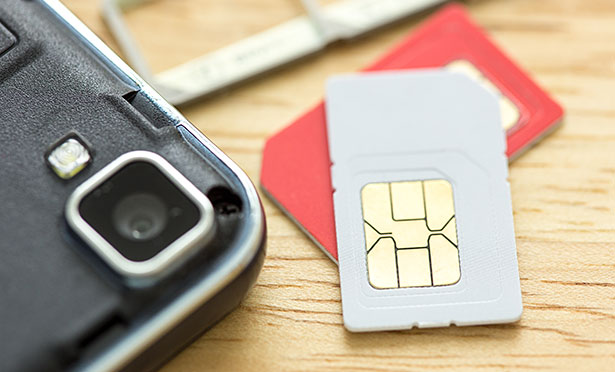 Find out how unlocking your phone can save you money and make it worth more when you sell it.

Buying your phone on contract locks it to that network. Get your new Samsung Galaxy S7 or iPhone 7 from EE and it will only recognise EE Sim cards. It’s like buying a Sony Blu-ray player and only being able to play movies produced by Sony Pictures.

The government has reached an agreement with providers that phone unlocking charges, which cost phone users £48m a year, should be scrapped. The move brings EE in line with Three, O2 and Vodafone, who already unlock phones free of charge. Unlocking is only free from EE when your contract ends. If you are still under contract it will cost £8.99. So why should you unlock your phone? And when is the best time to do it?

We didn’t think that charging customers to unlock a phone that they already owned was fair, even before you look at the eye watering £48 million it was costing people each year to get the problem sorted! Which? supporters agreed with us, and our campaign received more than 37,000 signatures. With all this support, Ofcom and the government had no choice but to take notice.

The government started looking into ending unlocking fees in 2015. Earlier this year ministers contacted the CEOs of major network providers laying out the changes they wanted to see to the unfair practice of charging for phone unlocking. Finally, in October, phone unlocking fees on pay-monthly handsets were scrapped.

To see more about our past campaigns and the ones we’re currently running head over to our campaigns hub.

Which phones are eligible for unlocking?

The agreement only relates to pay-monthly contract devices, not pay-as-you-go phones.

It doesn’t matter when you started your contract, your phone is still eligible for free unlocking at the end of the contract.

If you are using a pay-as-you-go phone you can get it unlocked. But networks can still charge you to do this.

Why is it a good idea to unlock your phone?

Even if you’re happy with your network provider and the price you pay each month, there are still a few good reasons to get your handset unlocked.

1. It’s easier to use your handset abroad

The cost of using your data abroad can be frightening, which is why many of us switch off our mobile data the second the plane touches down on the runway. A great way of circumventing unreasonable costs is by switching to a local Sim card.

You can’t do that if your phone’s locked to your network back home. Once your phone is unlocked you’re free to use foreign Sim cards and enjoy significantly cheaper data.

2. Your phone will be worth more

If you’ve ever tried to offload your phone to a high street store, such as CeX, then you’ll have noticed that unlocked handsets command a higher price.

The same principle applies to Android handsets. A gold Samsung Galaxy 32GB S6 is worth £147 at CeX, but an unlocked one is worth £174.

3. It’s easier to get a better deal

If you’re still happy with your phone when your contract ends the cheapest way to keep using it is often to find a better, Sim-only, deal. A large portion of the price you pay in monthly contracts is to cover the cost of the phone. A Sim-only deal is cheaper because you are only paying for the cost of airtime and/or data.

You may find that the best Sim-only deals come from a different provider to the one you were contracted with. If your phone is unlocked you can take your pick of all the deals available.

Are there other ways to unlock your phone?

There are a number of websites that will unlock your phone for a fee. Websites such as doctorsim.com and unlockbase.com unlock a range of phones. Newer phones such as the iPhone 7 and Galaxy S7 will cost more to unlock than older models and we would recommend checking to see what your network provider charges, if it does at all, before you pay to unlock your phone online.

These services work by sending a code to you, which you enter into your phone. Depending on the network, getting the code can take as little as 15 minutes or as long as several weeks. If you’re planning to unlock your phone before you go on holiday make sure you leave plenty of time to receive your code.

In some cases unlocking your phone could invalidate your warranty. If you’ve got an expensive handset the benefits of having it unlocked may not outweigh the potential costs of it breaking with no warranty

Netflix vs Amazon Prime: Which is the best TV streaming service?

UK broadband and mobile network coverage improving, but more can be done