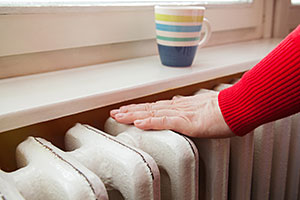 Are you on a standard variable tariff? You could be paying up to £260 too much.

You could be paying up to £260 a year too much for your energy, new figures from Ofgem revealed today.

The figures show that two out of three households in the UK are on standard variable tariffs (SVTs), often the most expensive deal.

Three quarters of British Gas customers, and 91% of SSE customers, could save money on a cheaper tariff, according to Ofgem.

Save by switching from standard tariffs

While some consumers on SVTs will have chosen that deal themselves, others will have been put onto one by their energy supplier once the deal they signed up to has come to an end.

If you chose a fixed-rate plan, when this expires you will be shifted onto an SVT.

SVTs can go up at any time, so as soon as your energy deal expires, it’s time to find a new one.

Alex Neill, Which? managing director of home & legal services, said: ‘Publishing more information about the amount that people could save from switching is unlikely to make much difference to the millions of people paying over the odds on expensive standard tariffs. Instead, we need to see much more action by energy suppliers this winter to genuinely engage with their customers on poor-value deals.’

Sign our petition to demand energy companies help those struggling to pay their energy bills this winter.

In our latest research on energy suppliers, we found that to save the most you will need to pick a small supplier. However, finding the right one can be tricky.

Both the cheapest and most expensive UK-wide deals were from small suppliers. On average, So Energy charges £858 for gas and electricity right now, while Glide Energy costs around £1,404 per year.

When we completed our research in early December 2016, we found more than 150 gas and electricity deals to choose from. Some are UK-wide, while others are specific to local areas.

It’s also worth thinking about how much you will pay to leave the deal. Many companies charge an exit fee and this can be up to £60.