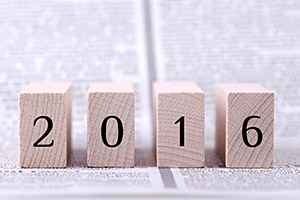 Our tough tests and investigations turned up some unusual facts in 2016.

We think you’d all agree that 2016 has been a year of surprises, and at Which? we’ve had our fair share. We quizzed our expert researchers to find out the most surprising facts they encountered over the past year.

From weed killer and nuisance calls, to savings accounts and coffee – we carried out hundreds of tests, investigations and surveys to ensure you’re armed with everything you need to make the right choice, whatever you’re buying.

You might think that with nearly 60 years-worth of experience helping consumers, not much would surprise us. But there were a fair few times that our collective jaws dropped this year.

1. The robot vac that sucked

We tested robot vacuum cleaners for the first time in 2016. While we did uncover one Best Buy, there were several others that didn’t do so well. One of the vacs we tested sucked up only 4% of the dust from carpet, meaning you’d have to run it 25 times in order to clean the room.

2. The truth about Black Friday deals

Our investigation into retail event Black Friday found that only half of the deals were actually cheapest on Black Friday. We also found examples of offers from AO and Currys that we believe broke government guidelines by making discounts look a lot more impressive than they actually were.

We even discovered products that were actually cheaper after Christmas. Make sure you know how to bag a genuine bargain – see our expert guide on how to find a great deal in the sales.

3. Three sugars and half a coffee?

We found that Kenco had halved the amount of coffee in its 2-in-1 instant coffee sachets, and at the same time increased its sugar content threefold. The change wasn’t made clear on the packaging. So most consumers would have little clue they were drinking such an altered recipe. that’s not what you want if you are trying to shift any extra pounds gained over Christmas.

If coffee is your thing, take a look at our coffee machine reviews.

You can use the results of our tests to find a trustworthy carbon monoxide detector.

Our gardening team made the alarming discovery that some growing bags actually contained weed killer. The team was alerted to the problem when tomato plants in our growing bags trial grew twisted round at the tip, then died.

See which growing bags we do recommend.

We discovered that British savers are collectively losing £3bn a year (£65 a year each, on average) by staying with one of the big banks. The reason? You can now earn more by taking advantage of much better rates at a new breed of lesser-known banks that are offering much better deals.

We’ll help you to make the most of your money with our savings booster.

7. Revealing the size of the nuisance call problems

To discover just how many nuisance phone calls people get, we reviewed 9 million incoming calls made to landline users equipped with a TrueCall call blocker. We found that, on average, people receive 25 nuisance calls each month – but Scottish households put up with a shocking 42.

To find out how you can stop them, go to our guide on nuisance calls.