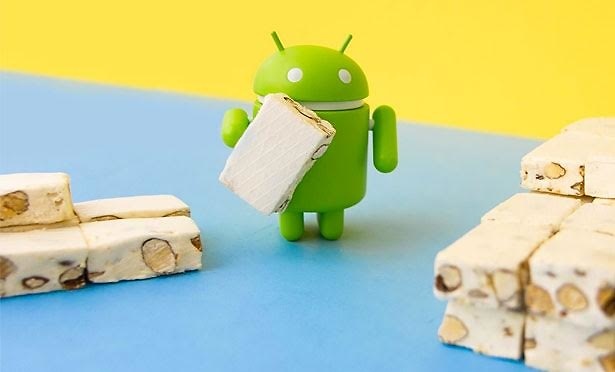 Google’s Android 7.1 Nougat update is on the way, but what has been added to the OS to make things even sweeter? We take a look at some key features.

A couple of months have passed since Android Nougat arrived, first appearing on Nexus smartphones and tablets back in August. The attention is now on Google’s Android 7.1 update, adding a host of tasty features including Night mode and Daydream VR support.

But with many Android owners still waiting for Android Marshmallow to appear on their devices, it may be a long time before Android 7.1 is available for yours. Read on for the details. 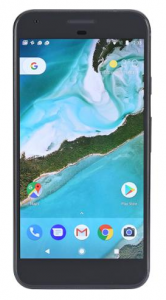 The latest version of Android comes pre-installed on the Google Pixel and Pixel XL (right). These are the first smartphones to arrive with the voice-activated Google Assistant built in, and we’ve reviewed both devices in our test lab. On 5 December, a post on the Android Developers Blog confirmed that Android 7.1 will ‘reach all eligible devices over the next several weeks’.

Which Android 7.1 goodies you’re treated to depends on the device you own, as a number of Android 7.1 features are Pixel exclusives.

For now, Google Assistant is a Pixel exclusive. It’s designed to help you cut corners when it comes to finding directions, setting reminders, looking for points of interest and more. Google Assistant’s ability to deal with your follow-up questions sets it apart from its competitors, because it easily remembers the context of a conversation. We’ve seen that voice assistants on other mobiles aren’t as clever.

If you’re regularly using your phone in the evening, Night mode on Android 7.1 could come in handy. This simple feature adjusts the colour of your screen and reduces the amount of blue light you’re exposed to. In theory, that means you’re less likely to negatively impact your sleeping patterns. It’s said to reduce eyestrain, too. 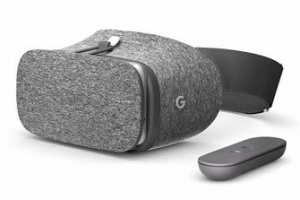 After showing off the Pixel for the first time earlier in the year, Google went on to reveal Daydream VR – its new virtual reality platform. Google’s Pixel phones support Daydream VR out of the box, but Android 7.1 adds support to other Google phones. The Daydream View headset works best with the new tech, and the wearable comes with its own controller.

Just like 3D Touch on iOS, if you tap and hold an icon on your Android’s homescreen, some additional options will pop up. This saves you a little bit of time because it means you can interact with your apps without always opening them fully. A small but handy addition to Android 7.1.

Moves – control your phone with gestures

Customising your Android is easier than ever. A new Moves menu lets you assign gestures to commands. You can tell your phone to open the Camera app when you press the power button twice, for example. You can also toggle a setting that will show your most recent notifications automatically when you lift your phone up off your desk. 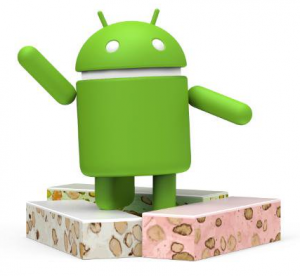 Devices with the original Android Nougat installed still have plenty of tricks up their sleeve. Here’s a collection of our favourites.

Split your screen in two

One of the headline features of Android Nougat is multi-window support. This lets you split your screen in two and use two apps at the same time, so you can watch a YouTube video and text a friend at the same time. The feature works in portrait or landscape mode.

Google has taken steps to improve call blocking on Android Nougat. The security software is now built right into the system without the need of a third-party app. If you’re switching to a new device and want to take your list of blocked contacts with you, it’s possible to back up and restore this information with Android Nougat.

Can’t stand being pestered by nuisance calls? See our campaign to put a stop to them and pledge your support.

Android’s Doze mode arrived with Android Marshmallow – the 2015 update. It’s designed to turn off background processes every time the screen is off to prolong battery life.

With Android Nougat, your device drops into lower power usage even when it’s being moved around – such as when it’s in your pocket but not being used. As a result, you should have more precious phone usage time before you need to scramble around for your charger.

Google confirmed at the start of December which devices will support Android 7.1 and when. A post on the Android Developers Blog reveals: ‘Pixel and Pixel XL devices will get the over-the-air (OTA) update, as will Nexus 5X, Nexus 6P, Nexus 6, Nexus 9, Nexus Player, Pixel C, and General Mobile 4G (Android One) devices.’ The update will roll out ‘over the next several weeks’.