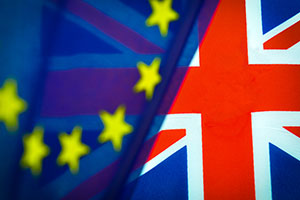 Which? is determined to ensure that the consumer voice continues to be heard

Concerns about the implications of leaving the EU are growing, new research for Which? shows.

Almost six months on from the EU referendum, Which? has found that fears among the public about the impact of Brexit have grown considerably since September.

Which? is now calling on the government to make sure that consumer interests are placed at the heart of the negotiations.

Brexit fears on the rise

From worries about the value of sterling to the cost of food, our research revealed that people’s fears about the potential effect of Brexit have increased:

The price of holidays is also a cause of concern. Four in ten (39%) said they were anxious about the impact leaving the EU might have on the cost of taking holidays abroad.

You can see the full results of our research at our Brexit Tracker.

Standing up for consumers

Which? believes it is essential that the government places consumers at the heart of its negotiations and sets out how they will champion consumers’ interests. The impact on consumer confidence during the negotiations should be of paramount importance, and existing consumer rights, such as rules on mobile roaming or flight compensation, and protections, such as food and product safety, should not be watered down.

Which? director of campaigns and communications, Vickie Sheriff, said: ‘Consumer confidence is key to economic stability and growth, so the uncertainty about Brexit that increasing numbers of people in the UK are feeling must be addressed. We have found there is a growing concern about the impact of Brexit and worry that consumers’ interests will not be represented in the negotiations.

‘The government must ensure that consumers have a seat at the table and are not unduly squeezed by price rises or lose key rights and protections.’