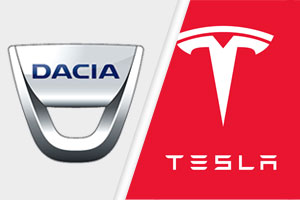 Not got the money for a Tesla or a Porsche? You may want to buy a Dacia instead. Along with Tesla and Porsche, it is one of the three most satisfying car brands, according to the Which? Car Survey.

We are a fickle bunch when it comes to buying cars. Some want oodles of space and practicality, others desire to be cosseted in luxury, and a few will be rendered helpless by the roar of a performance engine. Some, of course, just want it all.

But regardless of the reason you chose the car you did, what you want to avoid is disappointment and buyer’s remorse.

So when we surveyed nearly 60,000 people about their cars earlier this year, we didn’t just collect the information we need to reveal the most reliable cars on the market. We also found out which car brands left their owners the most satisfied – and the least.

That’s right: two costly and exclusive brands, followed by the maker of the most inclusive cars in the UK. These brands took the top three spots when it came to driver satisfaction, based on buying their cars brand new. 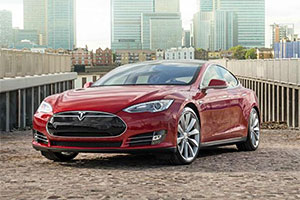 Tesla nearly broke our survey. The owners we heard back from were so exuberant about their all-electric cars that the overall satisfaction rating nearly maxed out our metrics with a near-perfect score of 99%.

What this shows is that should you fancy swapping the fuel pump for a plug socket – and can afford a Tesla – this is clearly not a decision you’ll live to regret. Not convinced? Here are some comments from current owners:

‘The fastest car I’ve owned, which is slightly ridiculous as it’s a five-seater family car.’

‘The Tesla is the most amazing car I have ever driven and service and support goes beyond expectation.’

‘Staggering performance, quiet, has an enormous amount of Tardis-like room… via updates, the car has got BETTER since I bought it. It’s the future.’ 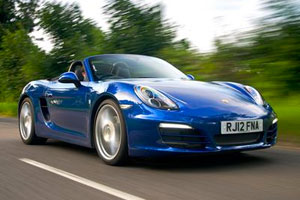 Porsche took the silver medal for satisfaction, with a very impressive score of 92%. The good news is that to buy the German sports car you won’t need as much money as you would to buy a Tesla. But the bad news is that the most satisfying model as revealed by our survey, the Porsche Boxster (2012-), will still set you back at least £40,000.

Porsche is famed for producing cars that are fantastic to drive. These owners certainly seem to agree, but they also praise value for money and practicality:

‘As well as being a fabulous driver’s car it is definitely an everyday car with plenty of boot space and a good mpg.’ 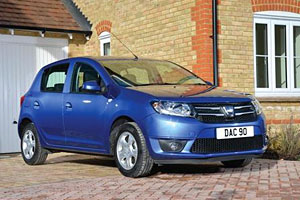 Dacia was the only other brand to score 90% or above for satisfaction, and shows that you don’t need to spend a lot of money to be happy.

On average, the people who answered our survey and bought a brand new car spent £26,180. In comparison, Dacia owners spent just £11,700.

That means, compared with the average spend, you could actually buy two Dacia cars at £11,700 and a Best Buy 65-inch 4K TV, and still have enough left over to book a fantastic holiday.

‘A very economical and reasonably priced car that does everything that I want!’

‘Economical, roomy, down to earth and unpretentious. I’ve found it to be a good, reliable car.’

Don’t fancy a Dacia either? To spend under that £25,000 average and get a decent car you’ll be happy with, you may also want to check out our Honda car reviews or Skoda car reviews. Owners of these brands’ cars rate them highly for satisfaction, and on average paid less than £25,000.

Of those who bought brand new cars, the people who are most likely to be suffering from buyer’s remorse are owners of Vauxhall, Renault and Peugeot cars, according to our survey. 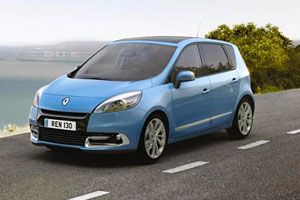 This sensible five-seat people carrier from Renault might have practicalities such as a large amount of cabin and boot space, but it has left some of its owners with a slightly bitter taste in their mouths:

*The current Renault Scenic is actually in the process of being replaced by a brand new version. But when the survey was conducted, the 2009-2016 car was the current model. 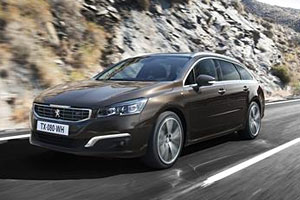 On average, people paid more than £18,000 for a new Peugeot, making it the most expensive of our three least-satisfying brands.

Here are a couple of grumbles from owners of the Peugeot 508 SW:

‘A lot of technology has failed. Also, the stop/start idling is very jerky.’

‘It just isn’t that intuitive or thought through. For example, you open the boot and get soaked by water running off it!’

The Astra Sports Tourer is the estate version of the regular Vauxhall Astra, one of the top-selling cars in the UK. But, in spite of its popularity, it’s not kept all its owners entirely thrilled with their purchase:

‘Rear view could be a lot better.’

‘Parking sensors get on my nerves. Visibility is restricted by window pillars, causing blind spots when reversing. Boot space is smaller than on the previous model, causing seating problems for my German Shepherd.’

*The current Vauxhall Astra Sports Tourer has now been replaced by a 2016 version. But when the survey was conducted, the 2011-2015 car was the current model.

Car scrappage schemes: what you need to know