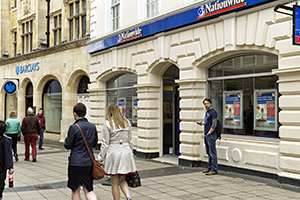 Our survey reveals which banks have the most satisfied customers

The majority of banks still need to do away with hidden charges and penalties, according to new Which? research.

In our latest banking customer satisfaction survey, we asked current account customers to rate almost 5,000 accounts for a variety of aspects of day-to-day banking.

This included how banks dealt with complaints, how clear charges and penalty fees are, services received in branch and over the phone, as well as online and mobile banking.

Find out more: Bank satisfaction survey – see the results of our latest survey in full

Banks still have a long way to go

Which? has long campaigned for an end to fees that are hidden, excessive or make the total cost difficult to understand and compare. Our research has found that bank charges and penalties are still not clear enough.

Vickie Sheriff, Which? director of campaigns and communications, said: ‘Day-to-day banking is an essential part of life and dealing with your bank should be simple and straightforward.

‘While there are positive signs in some areas, such as online and mobile banking, banks have a long way to go in making their prices clear to stop people being hit with unexpected charges.

‘If the banks aren’t doing enough to ensure their penalty fees are fair, it is right that the regulator should step in.’

Furlough explained: government to pay employers £1,000 for each employee that goes back to work

Summer Statement: what it means for your money