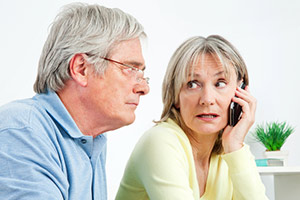 BT has announced plans to launch a ‘Call Protect’ service later this year designed to block up to 30 million nuisance calls each week.

The free opt-in service, which is available to BT customers, diverts calls before they reach homes, unlike reactive clocking which has been hampered in the past by nuisance callers changing numbers to avoid detection.

BT believes it could divert up to 15 million calls a week from personal accident claims and PPI companies alone, according to recent data.

Use our free nuisance calls and texts complaint tool to report a call or text directly to the regulator.

Users will also be able to compile their own personal blacklist by dialling 1572 or by going online after receiving the call.

Nuisance callers identified by large numbers of customers will also be added to the list.

At the moment, if you receive a nuisance call you must make the distinction between whether or not you have received a silent call or an unwanted marketing call.

If you are concerned about unwanted marketing calls, you should register your phone number with the TPS.

You can read our guide for how to complain and put a stop to unwanted calls and texts.

You can sign our our petition to join Which? in campaigning to put an end to nuisance calls and texts.

Vickie Sheriff, director of campaigns and communications at Which?, said: ‘Telecoms companies have a responsibility to tackle nuisance calls.

‘We have long campaigned for tougher action to tackle this problem, and it’s encouraging to see new technology being rolled out as part of the solution.

‘Now it needs to deliver results for the millions of people harassed every day by nuisance calls, and we expect other companies to follow suit with their own solutions.’