Hundreds of tech devices are released every year. We’ve picked a few that are doing something new in 2017.

CES 2017 has just finished in Las Vegas, where we saw hundreds of products from all over the world. But which ones are worth keeping an eye on?

So many devices get yearly incremental updates and a new number slapped on to the end of their names. Rather than looking at those, we’re focusing on products that are doing something new. Besides, we all know the Samsung Galaxy S8 and the next iPad are on the way, and they don’t need any help to get people excited. 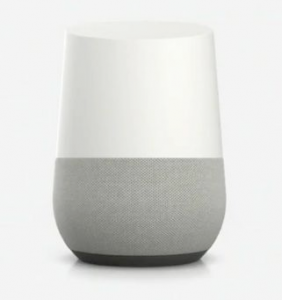 Google hasn’t confirmed that Google Home will make its way to the UK in 2017, but it won’t want the Amazon Echo to have too much of a head start.

Like the Echo, Google Home is a speaker with a built-in personal assistant. It’s voice controlled and internet connected, and it can respond to a range of commands. It’s designed to slot neatly into a smart home and help you control it. But even if you don’t have smart light bulbs and thermostats yet, it still has its uses.

Google Home can play music, and tell you what the weather’s going to be like and how the traffic looks on your route to work. Or maybe you’d just like to hear a joke, or you need it to settle a heated dispute over whether the Egyptian pyramids are smooth or stepped.

Because it’s online, it can access the vast internet database to answer queries and get you information in a pinch. As more and more devices go online and get smart, products such as Google Home and Amazon Echo get more useful, because you can use them to control these devices. Talking to a grey box in your house will take some getting used to. But it’s efficient, fun and, in time, it will be the main way we interact with our devices. 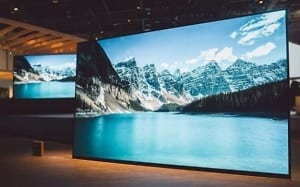 While it’s true that TVs just seem to get a bit thinner and sharper every year, the Sony A1E is doing something interesting and new. The chief criticism of modern TVs is their sound. Thin, flat speakers don’t usually sound good – and most TVs are thin and flat. Sony has approached this problem in a novel way.

LG and Panasonic threw as many speakers as possible into the base of their premium TVs, but Sony made the screen into a speaker. The A1E has a metal bar across its back that sends vibrations through the TV to make the sound. It can direct the sound, too, by making only specific parts of the screen vibrate. Sadly CES is quite loud, so we didn’t get a chance to hear this TV in action, but we have to applaud Sony for approaching the problem of TV sound in a new way. 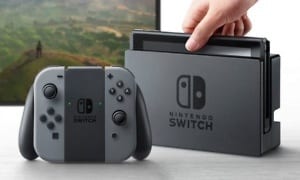 The Wii U was a disaster for Nintendo and many see the Switch, due for release on 3 March 2017, as being the Japanese company’s last chance in the console space.

Rather than try to compete with the PlayStation 4 and Xbox One, with their box-and-pad set-up, Nintendo has made a hybrid between a home and portable console. The Switch is a tablet that you can attach a controller to. According to Nintendo, using it in tablet mode gives a console-level experience on the go. That means bigger games with better graphics, wherever you are. This is something hitherto unheard of outside of a few very expensive PC tablets.

At home, you can slide the tablet into a dock. You’ll then see the image from the tablet displayed on your TV instead. The attached controller slides off so you can keep using it. It’s a brilliant idea that’s different enough from its competitors to have a chance of success.

Questions remain about how good the tablet’s battery life will be, and whether game developers other than Nintendo will devote time to making bespoke titles. However, there’s a buzz of excitement around the Switch that the Wii U never had.

Nintendo has just announced that it will cost £279.99. 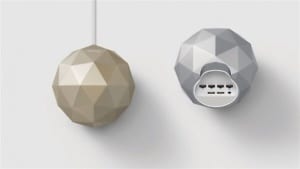 The Norton Core looks like a coffee-table ornament in a modern home. A modern, technologically advanced house is exactly what it’s designed to protect.

Smart home devices have been used in a number of notable hacks this year. Hackers are using them to overload websites’ servers, rendering them unusable. But hackers can also use vulnerable smart devices as a back door on to your network. It’s possible that your laptop, smartphone and all the sensitive information on them could be hacked in this way.

The Core aims to stop this happening by adding an extra layer of security specifically designed to protect vulnerable smart home devices. It’s also a router. The speeds that Norton is promising means it should do better than the free one you get from Sky or Virgin. More online devices with numerous software updates, as well as 4K streaming, are putting a strain on routers. The Core has been designed to cope with the increased demand devices have for your bandwidth.