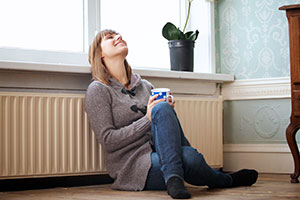 Switch energy deal and save so you can turn up your radiators without your bills spiralling.

The cheapest energy deal for the new year is from the newest energy firm on the market. Switch to it from the priciest standard energy tariff with a big supplier, and you could shave £202 from your annual energy bill.

Toto Energy has this month’s cheapest UK-wide dual fuel energy deal.  The small supplier says it works with local co-operatives to bring customers cheaper energy and its cheapest deal currently costs £880 on average for a year.

Over the last few months, we’ve seen the cheapest deals disappear from the market, and the amount you can save between the priciest and cheapest deals narrow.  But it’s still worth shopping around to find the best deal.

Several energy firms, including British Gas, EDF Energy, Eon and SSE, announced price freezes until spring 2017. But this means they might put up prices after this – so look for a cheaper energy deal now to keep your prices steady.

Find the cheapest energy deal for your home with our independent switching site, Which? Switch.

Save £202 on your gas and electricity bills

Unusually, two of the top five cheapest energy deals are variable tariffs. So you’ll need to keep an eye on the price of your deal, as it can go up and down, and switch again if it gets too expensive.

Fixed tariffs give you the security that the price you pay for energy will not change during the term of the deal. Avro Energy’s deal is fixed, and has no exit-fee so you can leave, penalty-free, if you spot a better deal.

The table below lists the top five cheapest UK-wide energy deals. The very cheapest deals this month are only available in one or two geographical areas. The cheapest of these is £845. Scroll down to find out if you’re eligible.

How these prices are calculated: Prices are based on a dual-fuel tariff for an average user (using 3,100kWh of electricity and 12,500kWh of gas per year), paying by direct debit and are averaged across all regions. Exact prices can vary according to region, usage and payment method. The prices given in the table above are correct as of 11 January 2017.

Toto’s Go with the flow tariff is only available to those who have a smart meter. We’ve seen few energy deals like this so far but, as more homes have smart meters fitted, it’s likely we’ll see more. Earlier this month, Green Energy UK launched a smart meter tariff. Called TIDE, it gives cheaper energy at quieter times of day.

Cheap energy where you live

If you, family or friends live in north east England, the east Midlands or Yorkshire, then opting for a tariff available only for people living in your region could save you more. This month, there are five regional tariffs cheaper than the top five UK-wide deals listed above.

How these prices are calculated: Prices are based on a dual-fuel tariff for an average user (using 3,100kWh of electricity and 12,500kWh of gas per year), paying by direct debit and are averaged across all regions. Exact prices can vary according to region, usage and payment method. The prices given in the table above are correct as of 10 January 2017. Check with the supplier for precise regional availability.

British Gas and Npower are offering fixed energy tariffs which are pricier than their standard tariffs. British Gas’ HomeEnergy Fixed Mar 2019 costs £1,094 on average per year, whereas its standard variable tariff is £50 cheaper.

Npower’s Super Fix March 2021 may be one of the longest fixed deals one the market, but it’s also currently one of the priciest – at £1,130 per year on average.

If energy prices rise over the next few months, these deals may become cheaper than the standard tariffs. But if you choose a cheaper fixed deal now, you will start saving sooner.

If you want the security of fixed energy prices for longer, the cheapest two-year fixed deal at the moment is First Utility’s First Fixed January 2019 plus (paperless), costing £1,000 on average per year.

(All pricing data is supplied by Energylinx, and based on a dual-fuel medium user [3,100kWh electricity and 12,500kWh gas per year], paying by monthly direct debit and choosing paperless billing. Prices are averaged across UK regions and correct on 10 January 2017.)

Which lipstick has the best staying power?