Before Mobile World Congress had even kicked off this year, there were already whispers that BlackBerry was preparing to announce the ‘Mercury’. Now, the tech giant has unveiled its new smartphone, except it’s actually called the BlackBerry KeyOne.

Read on for the details on what BlackBerry is calling ‘the most secure Android smartphone’ around.

Best Buy smartphones – see the models that soared through our tests 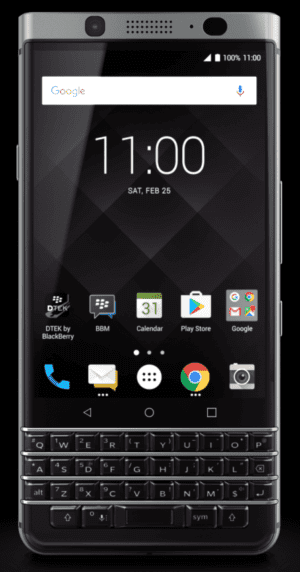 The sleek-looking KeyOne arrives with a 4.5-inch scratch-resistant touchscreen, which looks delightfully sharp up close, running at a resolution of 1,620×1,080 pixels. It’ll be available from the start of April for around £500 and runs the latest version of Android – 7.1 Nougat.

Pick up the KeyOne and you’ll have a 12-megapixel rear camera to play around with. You can use it to record 4K video, and image stabilisation is included. That means that, even if your hand is shaking when you take a video, the phone should be able to deal with the movement and still produce a smooth clip. There’s an 8-megapixel front camera with a wide-angle lens and flash. Also featured on the front of the mobile is a fingerprint sensor, which lives inside the space bar.

The KeyOne is powered by a Snapdragon 625 processor, backed by 3GB of Ram. There’s 32GB of internal storage and support for a 2TB microSD card, so you’ll probably never run out of space.

Smart Keyboard on the KeyOne supports sliding gestures, so you can swipe against the keys to scroll through content. It’s a handy feature if you like using your phone with one hand and don’t want to reach up to the display.

Each key on the phone’s keyboard can be assigned to an action. You could manually set the ‘I’ key to open Instagram, for example, or set ‘1’ to call up somebody in your contacts list right away. Words can also be ’flicked’ onto the screen if you want to run a quick Google search. We’ve been impressed by the Smart Keyboard from what we’ve seen.

BlackBerry has placed a big focus on security with the KeyOne. It has the DTEK security monitoring app pre-installed, and BlackBerry says that monthly security updates can also be expected.

DTEK can tell you which apps installed on the KeyOne have access to your personal data, and you’ll be given a ‘device security rating’ that changes depending on how you’re using the mobile. We’ll be taking a closer look at the KeyOne’s security features when we test it in our lab in the near future.

The battery nestled inside the KeyOne is the biggest to ever feature in a BlackBerry. It’s a 3,505mAh battery, which should be enough to last you well over a full day.

Once we get our hands on the KeyOne, we’ll put it through its paces to see how good the battery really is. Our range of Best Buy smartphones manage to combine top-notch battery life with brilliant features. 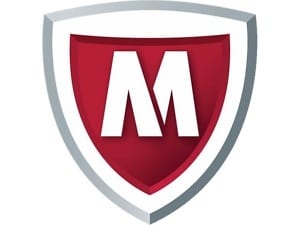 Even if you’re not planning to pick up a KeyOne, there are still plenty of ways to keep your existing phone secure. We test the most popular mobile security apps around, each one aiming to keep your personal data secure.