The Ford Mustang has roared through our test lab, bringing all its horsepower and brash flair with it. We’ve put it through a full lab test to see if owning one is worth the angry looks from your neighbours as you gun it down your street.

We’ve also tested two cars that will see you getting more appreciative looks from the locals. The Renault Megane and Captur are lovely to look at, but are they lovely to drive?

VW’s new Golf SV is one for families. For all its space and practicality it’s the sporty drive that could attract parents who want an MPV that’s fun on the road.

Fun is a word you could use to describe the Smart ForTwo Cabriolet. The convertible is sure to turn heads, but can such a small car cope with an open roof?

Back to more practical cars, the latest Honda Civic got the first drive treatment, as did the Volvo V90 Cross Country, where we found out whether adding four-wheel drive to Volvo’s sumptuous estate makes it easy to recommend.

If you’re already subscribed to Which?, log in to see more than 700 car reviews, or to find out what makes Which? reviews unique, sign up today and discover our reviews for yourself. 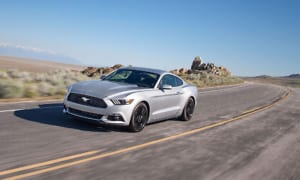 Let’s kick things off with the controversial Ford Mustang and its raucous V8 engine. It’s the cheapest V8 car you can buy in the UK, but you need to make some concessions. It only got two stars in the Euro NCAP safety test, which is poor to say the least.

There’s no denying the Americana appeal of this quintessential muscle car and the latest iteration is as desirable as ever. We’ve thrown caution to the wind and driven the Mustang as well as put it through our in-depth tests, so you can see just how good it is on the road.

Click through to our full Ford Mustang review to see if the car is any good despite that terrible two-star safety rating. 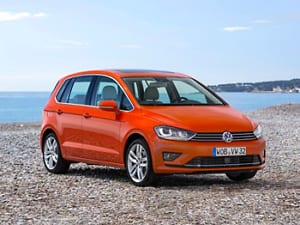 This replacement for the VW Golf Plus was a long time coming. The SV is a five-seat MPV that sits alongside the larger VW Touran. The practicality of MPVs, be they five or seven seaters, play to VW’s strengths and we’re curious to see if the SV can replicate the Touran’s success in this department.

For all its practicality, the Golf SV is marketed as being sporty. It doesn’t exactly look it, but how it handles is a better indication of how sporty the SV is. To see if the Golf SV manages to balance its sporty and practical sides head over to our full VW Golf SV review. 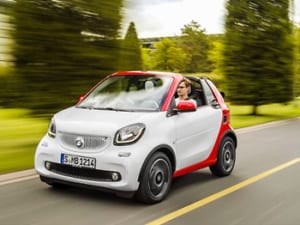 At the smaller end of the spectrum we have the Smart ForTwo Cabriolet. It’s the convertible version of Smart’s popular two seater. To some it looks cool and unusual, to others it looks like a Little Tikes Cozy Coupe. Whatever side of the fence you’re on you can’t argue with Smart’s appeal to city dwellers who want maneuverability and easy parking.

We tested the 90bhp model, which doesn’t sound like much, but given how small it is, that should be enough to give this car some oomph. More concerning is how the tiny car will cope with high speeds with the roof open. Read our full Smart ForTwo Cabriolet review to see if it’s more than a novelty. 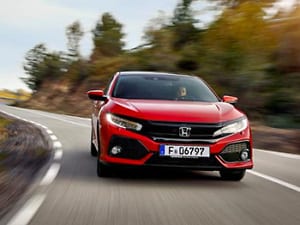 The Smart ForTwo Cabriolet is going after a very specific niche, but Honda is hoping its latest Civic will appeal to a broad range of people. It will need to if it has any hope of competing with the Ford Focus and VW Golf.

The British-made car is a step up in the looks department and there’s plenty of interior space. Under the hood there are two engine options, both petrol, which give 129bhp and 148bhp respectively.

The big change here is that both are turbocharged, while the outgoing Civic had to settle for naturally aspirated engines. If you’re curious about how the car handles on the road and whether those engines give enough power, click on the link to see our first drive impressions of the Honda Civic. 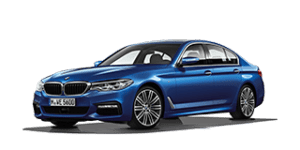 One of the most important cars in BMW’s roster is getting a revamp. After forty years and seven generations, the 2017 5 Series is as sleek and stylish as ever, in fact it looks more like the luxurious 7 Series.

The 5 Series is an executive cruiser that needs to ooze comfort and class, not just in the looks department but on the road, where BMW’s all-wheel drive option could make itself felt. You’ll need to pay an extra £2,000 for the privilege of the xDrive technology though.

After 40 years of refinement we have high expectations. You can read our full impressions in our BMW 5 Series first drive review. 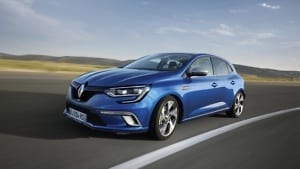 The new Megane and the Honda Civic have a lot in common. Both have stiff competition in the Focus and Golf, and both have had attention paid to their visual appeal. The aggressive style of the new Megane will make it stand out in the showroom and a test drive will highlight the improvements Renault has made to the drive.

It’s comfortable and responsive, and the diesel engines give plenty of power at higher revs. If you’re willing to splash the cash you can get a four-wheel drive version and the Megane is the first in its class to offer this. The pieces of a Best Buy car are all there in the Megane, but has Renault been able to fit them together? Read our full review to find out. 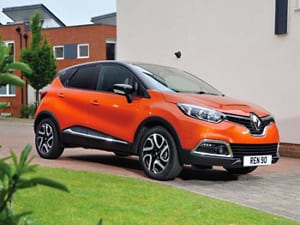 Renault has no problem making a car look stylish and if you’re a fan of the Megane and the Clio, but you want something with a bit more height and space, the crossover Captur is your best option.

What’s more the range of options is vast with no less than five trim levels, so you won’t be short of in-car tech and features. One thing that is lacking is a four-wheel drive option. Like the Clio that it’s based on, it’s not a car designed for off-roading. You can read our Renault Captur review to see if the car and its new engines is competent around town. 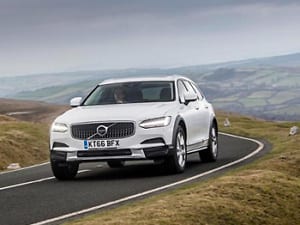 Volvo’s stunning range of high-end cars, which includes the S90 saloon and XC90 SUV, is exemplified by the V90 estate – a class that Volvo is well known for. The Cross Country version adds four-wheel drive and a raised suspension that makes the car look more like an SUV from the front.

Comfort is key to Volvo’s flagship range and, despite being competent off-road, the V90 Cross Country still feels like you’re drifting down a freshly tarmacked road. If you want an off-road estate with buckets of sophistication it looks like an obvious choice, but are there any differences between the two cars beyond just four-wheel drive? Check out our Volvo V90 Cross Country first drive impressions to find out.