LG has announced the launch of its upcoming premium smartphone, the G6, at Mobile World Congress (MWC) 2017.

The new phone will have a whopping 5.7-inch display, so you’ll be able to see loads on your screen at once. This is larger than last year’s LG G5, which had a 5.3-inch display.

You might expect a phone with a 5.7-inch display to be too large to use with one hand. However, LG claims that it will comfortably rest in your palm for one-handed use, partly due to narrow bezels on the side of the screen.

It has an 18:9 screen ratio, which just means it’s twice as long as it is wide. LG claims that this allows for more viewing space and more immersive video watching when compared with the 16:9 proportion found on many other smartphones.

You can also expect on-screen apps and icons to look vibrant and sharp, thanks to this phone’s  2,880×1,440 resolution.

Mobile phone reviews – find the best you can buy today

You’ll find two 13Mp cameras on the back – a wide-angle one and a standard one.

LG says that the wide-angle can capture 125° shots for expansive images, and that zooming in and out between the wide-angle and standard-angle lenses is seamless.

It also has a 5Mp front camera for selfies. LG tells us it can take 100° shots – useful if you want to take a selfie with a large group of friends.

Many other recent phones have a higher megapixel count on their front cameras, though that’s not the only thing determining image quality. We’re looking forward to assessing how well the LG G6’s cameras deal with low light, distance and focus when we send the phone to our lab. 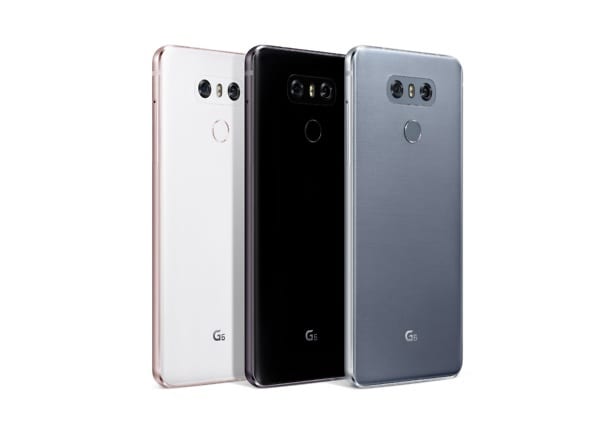 Will its battery get me through the day?

That’s not a huge difference, but newer chips and GPUs are generally less taxing on batteries. So while the batteries stay roughly the same size, the tech they are powering becomes more efficient.

How powerful will it be?

The G6 has a Snapdragon 821 processor. This isn’t the latest Snapdragon processor on offer – the Snapdragon 835 was unveiled earlier this year.

But an older chip shouldn’t necessarily hold the G6 back. We’ve seen how well the 821 performs in other flagship handsets, so we reckon the chip should be more than adequate.

Plus it has 4GB of Ram, so should zip through most tasks with minimal lag. 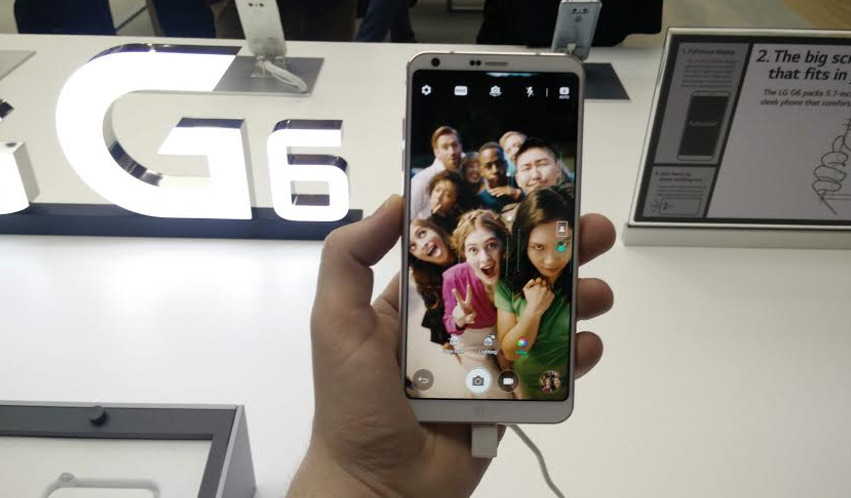 What else is new?

The G6 is dust- and water-resistant with an IP68 rating. That matches the Samsung Galaxy S7, and means it should survive a half-hour dunk into 1.5 metres of water. This is handy if you’re prone to accidents, and have traumatic memories of seeing your phone sink to its liquid end.

It runs on Android Nougat, the latest version of Google’s operating system. The G6 has a split-screen feature, so you can view two things at once – great for multitaskers.

How much will it  cost and when can I get it?

You can’t buy the G6 just yet. If it follows the same schedule as last year’s LG G5, you can expect to see it in shops by early April. It’s possible it may be even sooner, since LG will be keen to get the G6 in stores ahead of the Galaxy S8’s reveal in April.

LG hasn’t yet explicitly revealed how much the G6 will cost. It’s likely it will be around the £500 mark, which puts it in the same bracket as other flagship smartphones – though still cheaper than a Google Pixel.

We’ll be sending the G6 to our lab as soon as it’s released, so stay tuned for our full expert verdict.