There has been no shortage of expensive, premium smartphones at MWC, but what about the more affordable alternatives? Lenovo has stepped in to offer up the Moto G5 and G5 Plus.

Cheap smartphones with features you’d expect to find on a premium mobile are becoming increasingly common. The newest members of the Moto smartphone family manage to do just that, with snappy cameras, clever UI tricks and waterproofing.

Both the Moto G5 and G5 Plus are expected to reach Europe by the end of March, but will they be worth the wait? Keep scrolling for the details.

An affordable pair of phones

If you’re an Android fan looking for a cheap and cheerful mobile phone, the new 5-inch Moto G5 might be on your radar.

The smartphone has a 13-megapixel main camera and a 5-megapixel front-facing camera with a wide angle lens. That means you won’t chop anybody’s head off if you’re taking a group picture. The front snapper also has a couple of ‘beauty effects’ that essentially let you airbrush pictures with the touch of a button.

Although the Moto G5 runs on Android Nougat, there are a couple of additional goodies thrown in. One example is Moto Actions, which lets you assign tasks to specific movements. Shake the mobile in your hand, for example, and the default camera app will open up.

Lenovo’s most basic version of the mobile has 2GB of Ram and 16GB of storage. It’s protected by a water-repellent coating, but we’ll have to get it into our test lab before we can see how durable it really is. The back of the G5 can be removed if you need to swap out the 2,800mAh battery.

On the show floor we were told that prices for the Moto G5 will start at around £160. We expect that the price will depend on the spec of the model you pick up, but we’re still waiting for the full details. 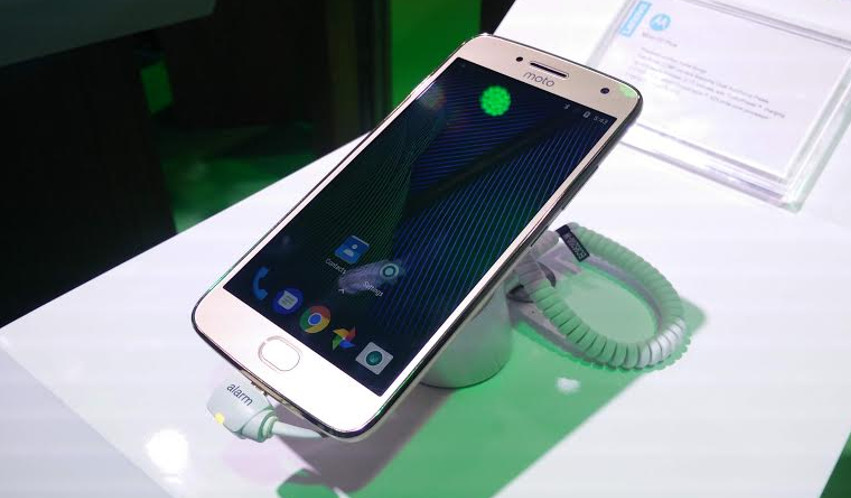 If you fancy a slightly larger smartphone, you might want to turn your attention to the Moto G5 Plus. It has a 5.2-inch display and a better processor that the G5, which means it should be quicker to use.

The G5 Plus has a 12-megapixel rear camera. That’s a lower megapixel count than the standard G5, but the Plus should take a nicer picture. It features a Sony-made camera that can shoot 4K video, something that the smaller phone (which films up to 1080p) can’t manage. The front camera of the G5 Plus is the same as on the regular G5, however.

Although you can remove the battery of the G5, you can’t do that with the G5 Plus. To soften the blow, the battery’s bigger at 3,000mAh.

Although nothing has been confirmed just yet, rumours suggest that the Moto G5 will land around the £250 price point.

Our testing proves you don’t need to break the bank to grab yourself a high-scoring smartphone. Not every buyer will be tempted by a top-of-the range Apple iPhone or Samsung Galaxy S7, but there are plenty of alternatives to consider.

Head over to our best cheap mobile phone brands guide for more details that will help you save some money.