Apple has today updated its iPad line, leaving behind the ‘Air’ branding and also introducing a unique, special edition iPhone 7 and iPhone 7 Plus.

Without kicking up much fuss beforehand, Apple has updated its website to announce a new iPad line, plus special edition iPhone 7 models and an update to the iPhone SE.

See below for more on the new Apple arrivals.

Today, Apple unveiled the new 9.7-inch iPad with Retina display. It has a Touch ID fingerprint sensor for added security, weighs in at 469g (slightly heavier than the 437g iPad Air 2) and is powered by Apple’s A9 chip, which means it should cope well with multitasking and resource-intensive apps. It follows in the footsteps of the iPad Air 2, which is no longer listed on Apple’s site.

This iPad has iOS 10 pre-installed, which has a redesigned lock screen and smarter, expandable notifications that provide more information at a glance. Improvements to Siri mean that the voice assistant now supports third-party apps such as WhatsApp and Uber. There are two cameras on board – an 8Mp 1080p camera on the back, and a 1.2Mp front-facing FaceTime HD snapper.

With these changes to the iPad family in place, there are now four key models to choose from if you’re set on an Apple tablet. There’s the 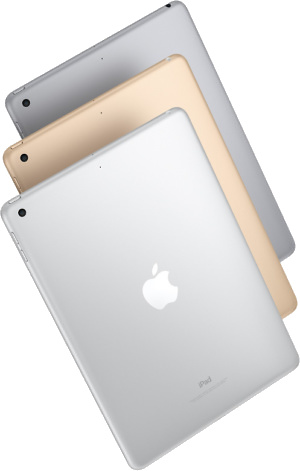 The new iPad has the same screen size as the 9.7-inch Pro. But the pricier Pro offers support for the Apple Pencil (stylus) and Smart Keyboard (not included in the price). It also has a faster A9X chip and can handle 4K video recording.

As soon as it arrives, we’ll be sending Apple’s latest iPad off to our test lab. We’ve rigorously tested plenty of tablets before it, including the iPad Pro 9.7, iPad mini 4 and iPad Air 2.

To see our full range of tested tablets, head to our tablet reviews page.

How much is the new iPad?

Considering the price of the old iPad Air 2 (£349 for 16GB, wi-fi only), you’ll get more bang for your buck with this new iPad. This latest model has a faster chip (compared to the Air 2’s A8X) plus more storage space, and it’s even a tad cheaper than its predecessor.

The new iPad is available to order from Friday, 24 March. If you’d rather try it out before splashing your cash, the new models will arrive in UK stores shortly.

If you’re a buyer on a budget, our advice guide on the best tablets under £200 can lend a helping hand when it comes to iPad alternatives. 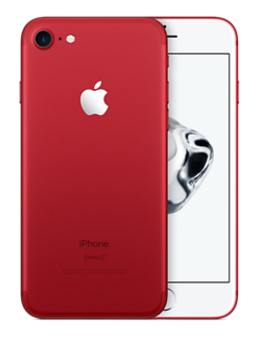 Apple’s iPad isn’t the only gadget that has been added to the tech giant’s website today. We’ve also seen a special edition version of the iPhone 7 and iPhone 7 Plus. Apple has teamed up with Product Red to launch the red edition mobiles, which have 128GB and 256GB of internal storage.

To see how Apple’s iPhone range scores in our lab, head over to our smartphone reviews page.