Every new car bought from April 2017 will be subject to car tax – unless you go electric. So is it time to switch? We reveal the best electric cars you can buy.

Planning to buy a hybrid or other low-emission car? Under the previous car tax rules that finish today (31 March), you would have been rewarded with exemption from VED – better known as car tax.

While those hurriedly scribbling their signature on registration documents today won’t be affected, any brand new car bought as of 1 April will be subject to the new rates. This involves paying a standard rate of either £130 or £140 from the second year onward.

But zero-emission cars (basically electric cars) will still be exempt. And with the best offering a range of more than 100 miles in Which? tests, and more charging points popping up, is now the time to switch?

Not only do Which? tests reveal how reliable, comfortable and practical an electric vehicle is, they also show how far it can really travel between charging points. Head for our best electric cars.

Why go for an electric car?

There’s a lot to like about electric cars. They’re quiet, sometimes verging on silent, thanks to the absence of a combustion engine. And naturally, they emit no harmful exhaust fumes.

Anyone buying an electric car will also get £4,500 off the shown price, thanks to the government’s plug-in grant. They will also be exempt from car tax. And they’ll be excused from London’s congestion charge (although that last one also applies to any low-emission car with CO2 emissions under 75g/km).

You can also often enjoy dedicated parking in great parking locations, thanks to an increasing number of public charging points.

Want to take the the plunge but don’t know where to start? From years of testing electric vehicles, we’ve compiled our expert top ten tips on how to buy the best electric car. 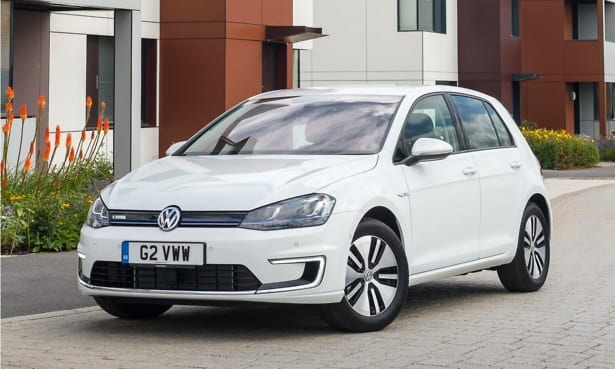 Last year in the UK, 2.7m brand new cars were bought – but only 10,264 of these vehicles were electric (according to the Society of Motor Manufacturers and Traders). That’s less than half a percent. So why aren’t more people investing in an electric car?

An ongoing poll run by Which? reveals that it’s not the limited range of electric cars putting the most people off – but the higher price compared with petrol and diesel cars.

Electric cars are generally more expensive than their petrol and diesel cousins. For instance, a  5-door Volkswagen Golf has a starting price of £18,280.

Still, that’s nearly £9,000 extra to go electric (or to put it another way, the cost of a brand-new VW Up! city car) just to ditch the fuel tank.

Which? car expert Adrian Porter says: ‘Our tests reveal that most electric cars can travel a maximum of 90-115 miles between charges – you might think that would put people off.

‘But our poll has revealed that twice as many people are put off by the cost of electric cars compared with the range, despite the £4,500 grant.’

Have your say on why you wouldn’t (or would) buy an electric car on Which? Conversation in our electric cars debate.

Actually no – there is another type of zero-emission car: hydrogen.

We’ve driven the UK’s first mass-produced hydrogen fuel cell car, the Toyota Mirai. But with just 16 hydrogen filling stations currently available across the UK (six of them in London), you may want to wait a while before investing.

Which? car reviews reveal the full picture: we’ll tell you how reliable, comfortable, practical and fuel efficient a car really is. Or in the case of electric cars, how far it will get on a single charge. To find your next vehicle, electric or otherwise, check out our new and used car reviews.