Huawei Honor has announced its new flagship mobile phone, the 8 Pro. With ambitions of taking on the big boys in the smartphone market, it comes armed with one rather significant target – to be the best camera smartphone of 2017.

You can pre-order the 8 Pro now, it costs £475 Sim-free, and you’ll be able to get your hands on it by around 20 April. At this price, it stands among models such as the Sony Xperia XZ, Samsung Galaxy S7 and Apple iPhone 6s, but is it a better choice?

We run through the 8 Pro’s key specs and features below. We’ll be sending it to our test lab for a thorough investigation too, and will bring you our full verdict soon.

All mobile phone reviews – buy the best handset for your budget 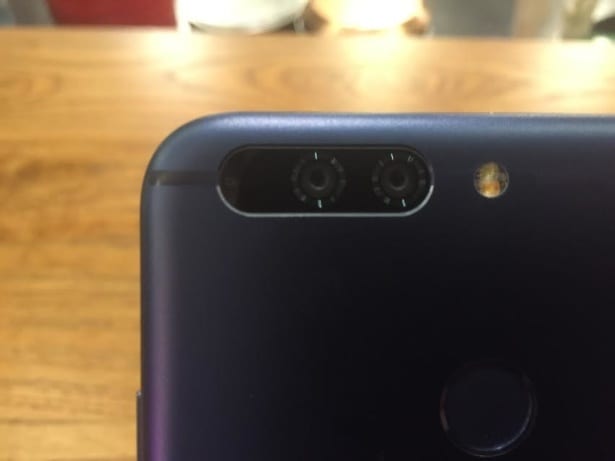 Perhaps the biggest news for the new 8 Pro is that Honor wants it to be considered the best camera smartphone of 2017.

On the back of the phone you’ll find a 12Mp camera, right next to another 12Mp camera – and both use Sony sensors. This dual camera design aims to help bring out detail better and capture more vibrant colours, but what Honor has done here is give the second camera a very important job. It has a monochrome sensor, which allows it to use more of the light that hits the lens and, in theory, this will lead to a range of benefits including better results in low light, faster focusing and some fancy depth of field effects.

Whether or not it lives up to its billing is yet to be seen – we’ll be running a full gamut of in-depth tests in our lab to find out.

Selfie fans have not been forgotten, and will be glad to hear there’s an 8Mp front-facing camera. In our tests, we found that some front phone cameras take grainy and washed-out snaps, which may not be particularly flattering. We’re hoping Honor can do a better job here to back up its claims.

The 8 Pro has an expansive 5.7-inch screen. Large displays are pretty common on the latest smartphones – but they may prove just too big for some. If you’ve never owned a large-screen phone before, it’s worth trying them out in the shop before buying.

You should expect everything to look crystal clear and vibrant on the screen thanks to a Quad-HD display, and its aluminium rear and frame give the 8 Pro an expensive look. At the moment you can only buy the phone in navy blue, but we’re expecting the release of midnight black and platinum gold versions.

The 8 Pro has a huge 4,000mAh battery. As a point of comparison, the recently-announced Samsung Galaxy S8 has a 3000mAh battery, while the iPhone 7 has a 1,960mAh offering.

But a larger battery doesn’t automatically mean better battery life. It’s an indicator, but battery life is dependent on a lot of other factors – such as processor efficiency.

Honor claims that you can expect 30 hours of continuous 3G voice calls, or 10 hours of YouTube streaming, with the 8 Pro.

We put all smartphones through the same battery-life tests in our lab to find out if the claims are matched to reality, so it’s worth waiting for our review to find out whether the 8 Pro is really a battery champion.

With its tagline of ‘born for speed’, the V8 Pro comes laden with expectations for fast and responsive use.

Huawei owns HiSilicon, which makes processors. The Honor 8 Pro has the latest of its processors, the Kirin 960. We expect to see absolutely no lag when going about everyday tasks with the 8 Pro, and it should be able to cope with the latest graphics and games seamlessly.

The Honor 8 Pro offers a generous 64GB of on-board storage. Of course, some of this will be taken up by the operating system and pre-installed apps – but there should still be plenty of space for photos, music and apps. If you get carried away with the fancy camera and find yourself wanting more it will take a micro-SD card.

It’s a dual-Sim phone, which essentially means you can have two different numbers on the same device. You might find this useful if you want to use one phone number for work purposes, and another for talking to family and friends.

There’s also a fingerprint scanner on the back of the phone, for speedy unlocking.

Huawei makes a range of smartphones, from more budget-friendly models to high-end options.

The Honor 5C has a small 16GB of storage (including the space taken up by the operating system and pre-installed apps), and doesn’t really have any special features other than a dual-Sim card slot. The Mate 9, on the other hand, has a huge 5.9-inch Full-HD touchscreen, a metal body, a fingerprint scanner, and 64GB of advertised storage.

All smartphones are put through the same assault of tests, no matter their price. And we regularly find cheaper options outstripping their pricier rivals. Head to our Huawei mobile phone reviews to find out which handsets come out on top.