The LG G6 was announced at the end of February 2017, and is finally on sale. We’ve got our hands on it to give you our first impressions on whether it’s worth the £649 price tag.

The G6 is a high-end Android smartphone rivalling other expensive smartphones like the Samsung Galaxy S8, Apple iPhone 7 and Google Pixel.

It has a large 5.7-inch quad-HD display, a metal back, dual 13Mp rear cameras, and a huge 3,300mAh battery. But does it have enough to sit at the top of the pile?

We’ve given the LG G6 our full first look treatment while we wait for the full test results from our lab. Head to the LG G6 first look review to discover what we made of its cameras, screen, speed and more. Below, we give a taster.

If you’re short on time, watch our coverage of the LG G6 announcement from Mobile World Congress (MWC) earlier this year:

Mobile phone reviews – we’ve tested hundreds of mobile phones so you can quickly find the perfect one. 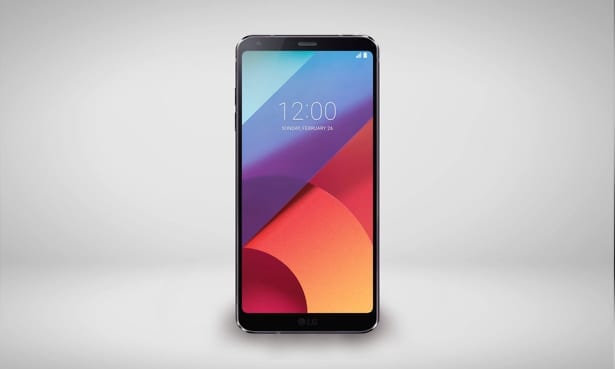 The LG G6 looks pretty stylish as a result of the reduced bezels at the top and bottom of the display, and the metal back.

The 5.7-inch screen certainly looks large. LG is keen to emphasise that it has made the G6 easier to use with one hand than other large models, by adjusting the screen ratio. Most phones have a 16:9 ratio whereas the G6 is 18:9, meaning it’s twice as long as it is wide. This is definitely a trend to keep an eye on – the Samsung Galaxy S8 has a screen ratio of 18.5:9.

The display itself is Quad-HD, so everything should look clear and vibrant. LG says the G6 is the first phone ever to include Dolby Vision technologies, claiming the display is much brighter and offers better contrast than other smartphone screens. The logic follows that the G6 should be among the best phones for watching videos and TV shows, at least in theory.

There’s no discernible dedicated power button. That’s because it’s actually embedded into the fingerprint scanner on the back of the phone. This may take a bit of getting used to, but it’s no real flaw. 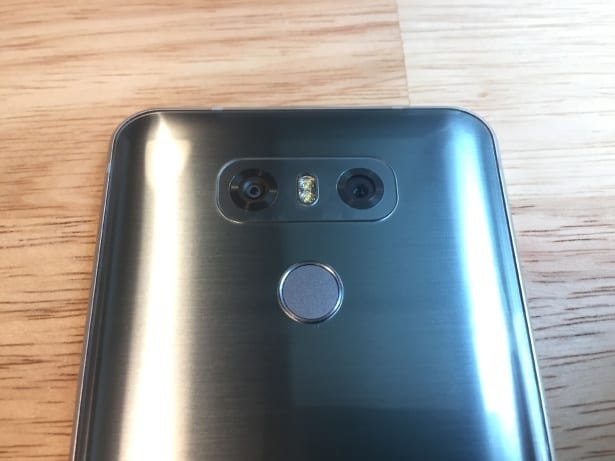 On the back of the G6, you’ll find two cameras. They’re both 13Mp, but one is a standard-angle lens while the other is designed specifically for wide-angle shots. This sensor gives you a 125-degree angle of vision, which should come in handy for those panoramic snaps.

The rear cameras simulate optical zoom. You tap an on-screen button to quickly zoom in on what you’re taking a picture of, and you shouldn’t notice a drop in quality (a common drawback for smartphone cameras with digital zoom).

For selfie fans, there’s a 5Mp front camera. Many new phones have a front camera of at least 8Mp – but there’s not as much a focus on megapixel count these days, with other camera technologies playing an important part.

LG has packed a large 3,300mAh battery under the hood. Last year’s G5 had a 2,800mAh battery – find out exactly how long it lasts by heading to our fully tested LG G5 review.

Of course, battery size isn’t the be-all-and-end-all when it comes to battery life. Battery life is also determined by how efficiently all the phone’s processes work – so we can’t wait to find out whether the G6’s bigger battery translates to longer life.

LG G6 vs Samsung Galaxy S8: how do they stack up?

The Samsung Galaxy S8 is garnering much of the attention in the smartphone space at the moment. It has certainly sent tongues wagging with its infinity display, new voice assistant, and upgraded camera specs.

With a similar price and its own grand claims, it’s not tricky to argue that the G6 is directly competing with the S8. Here’s an at-a-glance view of how the two smartphones compare on some key specs:

Of course, these specs don’t tell the whole story. For instance, the Samsung Galaxy S8’s cameras also have multi-frame processing. That means the cameras take several shots at once, and then combine them to give you the best possible single image. Regarding aperture, the smaller the number, the more light is let in. Sensors that let more light in should capture more detail in low light.

Both handsets are dust- and water-resistant with equivalent IP68 ratings. This means they should both work properly even after a half-hour dip in 1.5 metres of water.

Head to our full Samsung Galaxy S8 review to find out whether we rate the device with all the hype. You can also watch our quick video first look: