If we all took every cancer health risk scare story we read seriously, we’d spend our lives pacing the supermarket aisles, only picking up so-called superfoods and returning anything containing the latest ingredient rumoured to cause tumours.

So which scare stories should you listen to? To find out, we’ve delved into the evidence behind some high-profile cancer risk stories and their overhyped headlines.

The good news is that our research shows you can ignore many of the health-risk scare stories you read in the paper: the best way to reduce your risk is to eat healthily, exercise often and cut back on alcohol. And although news stories promising miracle cures might offer hope, it’s best to treat them with a healthy dose of scepticism.

We asked GP Dr Oliver Starr and Cancer Research UK’s health information officer, Dr Rachel Orritt, to dig through the research and give their opinion on the headline-hitting products the media has claimed could give you cancer. We also looked at reviews by expert committees, including those that inform the Food Standards Agency (FSA) and the European Food Safety Authority (EFSA).

The full article ‘The Truth Behind Cancer Health Scares’  appears in the May 2017 issue of Which? magazine. If you’re not already a Which? subscriber, take a £1 trial to Which? to receive the magazine and get access to back issues online.

Health scare stories on the internet mean that some people worry about chemicals in shampoo and cosmetics, such as sodium lauryl sulphate (SLS). But there is no good evidence that the SLS in these products will increase your risk of cancer.

SLS is one of the detergents found in a lot of products that foam up, such as soap, shampoo and toothpaste. It is also used in cleaning products because it dissolves grease and oil. SLS can have a drying effect on your skin, as it strips away some natural oils.

While it can be an irritant, there’s no evidence that it causes cancer. But if you’re still concerned, there are SLS-free alternatives on the market.

One of the by-products from the manufacture of shampoo and cosmetics is the compound 1,4-dioxane. This is known to cause cancer in rats, and possibly causes cancer in humans. Manufacturers must keep the trace amounts of this to a safe level.

2. Do deodorants cause breast cancer? 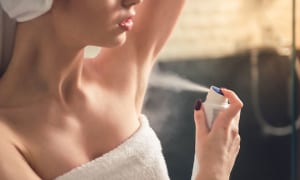 Rumours of deodorants causing breast cancer have circulated for years. Some deodorants contain parabens, and it was suggested that because parabens resemble the hormone oestrogen in some ways, they could possibly raise the risk of breast cancer.

Other rumours pointed to the aluminium in antiperspirants being dangerous. However, studies that looked at hundreds of women who use deodorant, and compared them with a similar number of women who don’t, have conclusively shown no difference in rates of cancer between the two groups.

The possible link between talcum powder and cancer made headlines in 2016 after several women in the US developed ovarian cancer, and claimed that it was due to prolonged use of talc. Some of them had been using it daily for as long as 60 years.

Three women were awarded millions of dollars after jurors found that Johnson & Johnson, the manufacturer, should have warned of the risks of using talc. The company told us that its talcum powder is safe, that it’s appealing these verdicts and that it successfully defended another court case in March. Some studies have found a link, but the evidence isn’t completely clear.

The majority of studies that uncovered a correlation relied on people’s recall of talc use over several decades, so will therefore have limitations. Dr Starr told us: ‘The link is unclear, so it’s probably best to avoid talcum powder on your genitals.’

4. Can mouthwash give you mouth cancer?

Some studies have shown that people with mouth cancer may have used mouthwash more than twice a day. But as very few people would use it this frequently, this makes the link less reliable. It could be that poor oral health increases the risk, and that people in this situation are also more likely to use mouthwash often.

But, so far, no plausible reason why mouthwash would cause oral cancer has been found, and the link needs to be clarified. The main causes of cancer in the mouth are smoking, drinking too much and poor oral hygiene. ‘There is no good evidence that using mouthwash increases the risk of any type of cancer,’ Dr Orritt told us. 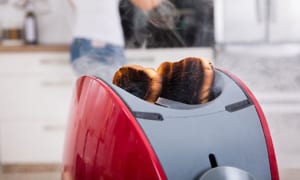 Could overdone toast cause cancer? If you eat far too much, maybe. Acrylamide is a naturally occurring substance found when starchy products such as crisps, chips and toast are cooked at high temperatures. Lab tests show that high levels of acrylamide in the diet can cause cancer in rats – but studies on people are less certain.

The European Food Safety Authority (EFSA) reviewed its safety and said that it has the potential to increase cancer risk. The Food Standards Agency says it’s wise to reduce exposure by only toasting bread to a golden colour.

Red meat is healthy in moderation because it contains vitamins and minerals, such as iron, zinc and vitamin B. However, eating too much has been linked to a higher rate of cancer in the lower digestive tract – especially with processed meats such as ham, bacon, tinned meat and sausages.

But compared with people who don’t eat meat at all, the increased risk is quite small (about 1.3 times). For context, smoking 25 cigarettes a day increases the risk of lung cancer by 25 times. Dr Starr told us: ‘In general, a modest intake of red meat is safe – about once a week, as an estimate.’

7. Is eating Nutella a cancer risk? 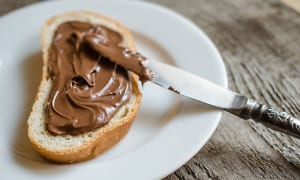 A cancer scare linked to Nutella made the headlines earlier this year. One of the key ingredients used – palm oil – was singled out as the culprit. The EFSA published a report in 2016 that said palm oil can produce potentially cancer-causing contaminants when it’s refined at high temperatures.

So it’s worth watching how much palm oil you eat, especially as it’s high in saturated fat. Nutella wasn’t mentioned in the report, but its second-biggest ingredient is palm oil. As Nutella is such a famous name, journalists used it to create a big story. Ferrero, maker of Nutella, said it only uses ‘mild heat treatments’ on its palm oil.

Every year, alcohol causes 4% of cancers in the UK, according to Cancer Research UK – that’s around 12,800 cases. Drinking alcohol raises your risk of seven types of cancer: mouth, upper throat, larynx, oesophagus, liver, bowel and breast.

So how can you cut down your risk? Drinking less, for starters. But research shows that your cancer risk doesn’t change whether you mete out your alcohol through the week, or only drink at weekends, if the amount of alcohol stays the same. There’s no safe lower limit, so stick to the government guideline of not exceeding 14 units per week.

Many sugar-free drinks contain artificial sweeteners such as aspartame and saccharin. Some studies in the 1990s did suggest a link between sweeteners and bladder cancer in rats. But since then, reviews of all available evidence have been carried out, which indicate that there is no risk of sweeteners causing cancer.

One study compared people who had just been diagnosed with cancer to people who didn’t have cancer: both groups consumed the same amount of sweeteners. But you might want to avoid sweeteners for other reasons. If you’re looking to lose weight, sweeteners can help you keep your calorie intake down but may encourage a taste for sweetness. 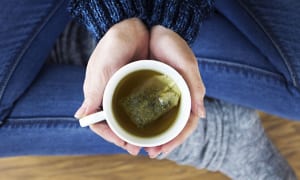 Antioxidants have been relentlessly promoted as being beneficial for our health. But drinking green tea hasn’t been shown to prevent cancer. Very large studies haven’t found any evidence that taking antioxidant supplements prevents the disease.

And taking high doses of antioxidants while receiving cancer treatment is definitely not recommended. Scientists have found that beta-carotene supplements are linked to an increased risk of aggressive lung cancer in smokers, so don’t take the risk with your health. Talk to your GP or oncologist to find out more.

Eating plenty of fruit and veg is a better way of making sure that you get the antioxidants you need.

Drinking from plastic bottles that contain the compound bisphenol A (BPA) is thought unlikely to increase your risk of cancer. BPA can move in tiny amounts from a plastic container or bottle into the food or drink.

But it is at such low levels that it has never been shown to affect health, and there’s no convincing evidence that BPA causes cancer in people. Some people fear that BPA could interfere with hormones, but a large review into its safety by the EFSA in 2015 concluded that these health risks are not considered likely at present.

Social care reform: what’s changing and how will it affect you?

One small step: Can you clean up your bathroom habits?