Amazon has granted permission for short advertising messages to be added by Amazon Echo ‘skills’ (the voice-equivalent of apps) to their responses to your requests, adding to the growing trend of ads on devices we’ve already paid for.

There’s a scene in Mad Men where suave ad man Don Draper dismisses research from a focus group: ‘You can’t tell me how people are going to behave based on how they behaved,’ he says. He was wrong of course, and now targeted ads based on what we’ve watched and browsed make it easy to track what we’re interested in and give us personalised adverts. But the new wave of smart advertising is not limited to computers.

The Amazon Echo smart hub is the latest device to become part of this. For the moment, only news-briefing, radio and music-streaming skills can feature an ad. For example, an artist might partner with Spotify, so the next time you fire up your favourite playlist it may recommend their new album first.

This isn’t Amazon’s first experiment with in-product advertising. You could buy a cheaper Kindle e-book reader that included ‘special offers’ – in other words, adverts. But Amazon is just one company capitalising on new potential advertising channels cropping up in our homes.

Best smart hubs – take a look at the top-scoring models

A new avenue for advertising 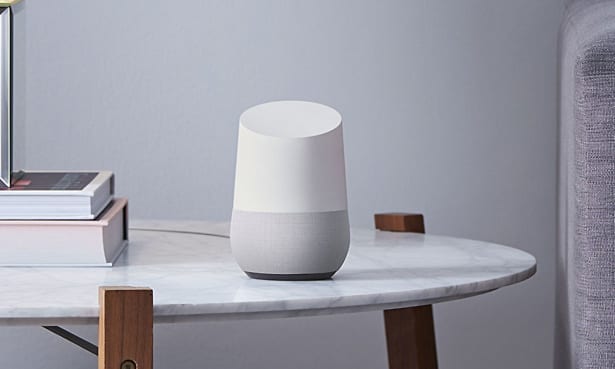 As more tech gets smart and internet connected, it’s easy to imagine a world where your smart kettle can recommend a certain brand of tea bag or your LG smart fridge reminds you that you’re out milk before extolling the benefits of a four-pinter of Cravendale.

We do most of our internet searches on Google and it remembers what we’ve looked at. If you use Chrome to browse the web it will know even more. This could integrate with Google Home in the future to tell you that those shoes you’ve been thinking about buying are on sale or that book you were after is back in stock. Google has already added a sneaky ad to its smart hub. Users asking ‘OK Google – what’s my day like?’ were getting their usual schedule followed by a conspicuous ad telling them Beauty and the Beast is now in cinemas. Is that just the tip of iceberg?

It works the other way too. Burger King found itself in hot water in America when its ad included the command ‘OK Google, what is the Whopper Burger?’. Google’s smart hub duly replied by reciting the Wikipedia entry for the famous burger.

Ads based on your internet searches would be bad enough, but the advertising partnerships that are coming to Echo foretell of a worse future. If smart hub ad space goes to the highest bidder we could end up with regularly scheduled adverts whether we asked for them or not, or weather reports brought to you by Dettol.

Alexa is getting added to everything from cars to tablets, so the avenues for advertising are expanding along with Amazon’s vocal assistant. 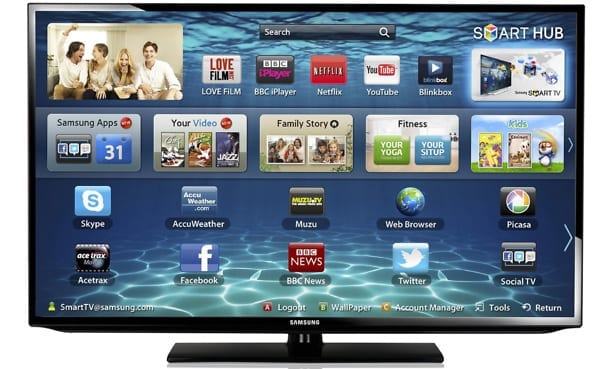 Smart devices selling you things isn’t new. Browsing a Samsung smart TV menu shows you an array of ads recommending new apps, some of which require a subscription or payment to download. The only way to get rid of these ads is to disconnect your TV from the internet, which means cutting yourself off from streaming services such as Netflix and YouTube.

Samsung TVs can cost upwards of £1,500, which you think would be enough to let you choose whether or not you had to have adverts taking up half of the home screen.

If you’ve got an Xbox One at home, you might have noticed game ads appearing in the corner of the screen. How long before those ads aren’t limited to games? Maybe it will pull in search data from Bing to bring you personalised ads. Or maybe the next Xbox will be subsidised if you buy one that includes them.

That’s what Amazon did with its Kindle with special offers – it was cheaper than the ad-free model. But with an Amazon Echo, Xbox One or Samsung TV, you’re getting adverts whether you want them or not and you’re still paying full price.