Amazon has had an incredible journey from simply selling books to being one of the most influential tech companies, inexorably marching into every facet of our lives. It’s now set to make itself an unavoidable part of them.

In the early days of the company, founder Jeff Bezos considered changing its name to Relentless, which would perhaps have been a more apt title for the online retail giant.

It recently launched the Echo Look – a wireless camera that can take social-media-ready pictures of your outfit and even offer fashion advice – and a re-imagination of its Echo smart hub, known as the Echo Show, which brings a 7-inch screen.

Alexa – the electronic assistant at the heart of Amazon’s voice-controlled Echo smart hub – could now be the first thing you talk to in the morning. It can suggest what to wear while giving you the headlines, tell you what you’ve got in your calendar that day and remind you to take a brolly.

But your day with Amazon doesn’t end there. On your commute to work, perhaps you pick up where you left off yesterday on your Kindle ebook reader. You do your weekly food shop online with Amazon Fresh during lunch. After work you head to a gig – it’s a Prime Live Event, headlined by Blondie, Texas or the like. Or you just fancy staying in and watching a bit of telly – you’ve still got a few episodes of The Grand Tour to watch on Amazon Video.

And at the end of the day, you say: ‘Alexa, turn off the lights’.

Amazon’s transformation has been remarkable. These days it’s as likely to make the next must-have gadget as it is the next must-watch TV series – there aren’t any other companies you could say that of.

But it’s never been far from controversy. Over its 22-year history, Amazon has been at loggerheads with the publishing industry, been accused of gruelling warehouse working conditions and faced criticism in the British press for allegedly paying just £11.9m of tax in 2014 on sales from the British internet worth billions that were routed through Luxembourg.

And you haven’t been without your gripes. You’ve unknowingly taken out a subscription to Amazon’s next-day Prime delivery service and puzzled over where to return an unwanted product.

In October 2016, Which? Computing revealed how scammers were targeting Amazon Marketplace, where third-party sellers list their new and used wares alongside Amazon’s. We found evidence of scammers hacking into genuine sellers’ accounts to offer tech products at prices too good to be true, but then encouraging buyers to email them directly, bypassing Amazon’s own payment system.

Yet Amazon finds itself as the most reputable of well-known US companies, according to the annual Harris Poll. Wired recently described it as Teflon, because bad news never sticks. Beneath it you’ll find other tech behemoths – Apple, Google, Facebook, Microsoft and Samsung – as well as Netflix, The Walt Disney Company and 21st Century Fox. Not even baked beans and cornflakes can do better – Kraft Heinz and Kellogg’s both find themselves further down the list. 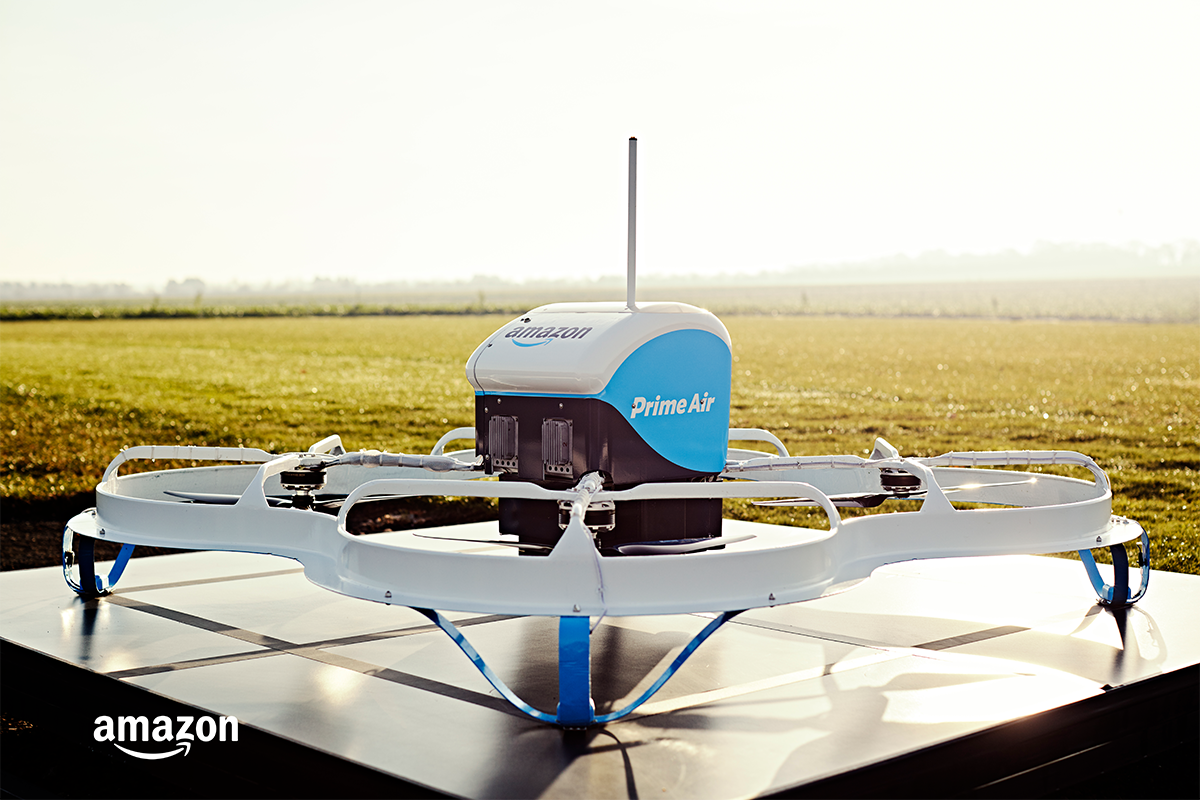 What’s next for Amazon?

The recent launch of the Echo Show and Echo Look – a product almost beyond parody that wouldn’t look out of place in some dystopian Black Mirror-esque near future – and Prime Live Events are signs that Amazon isn’t done yet. These disparate projects show the breadth of its ambition.

The Echo Show will initially launch in the US but is likely to make the voyage to Blighty shortly. You can expect to see the Amazon Tap hit the UK market soon as well. Launched in the US last year, this battery-powered portable wireless speaker houses Alexa in a waterproof shell. Both of these products join a long list that Amazon now offers, including the Kindle, the Fire tablet and the Fire TV Stick.

Amazon has also said it will be focusing more effort on its drone delivery service, currently known as Amazon Prime Air. A new research and development centre in Cambridge will house 400 staff, including software engineers, and machine learning and data scientists.

Couple this with its expected $4.5bn spend on content for Amazon Video this year alone and it seems the company’s relentless expansion is far from waning.