Google announced a raft of new features for its photo management and storage app Google Photos at its I/O conference last week. We take a closer look.

The app, which was launched around two years ago, currently has around 500 million users across Android, iOS and the web.

It offers easy-to-use photo and video management plus unlimited storage for free (photos are capped at a maximum of 16Mp and videos at Full HD) but you can pay for a premium storage option if you want to store photos and videos at maximum resolution.

Unlimited storage has always been included but new sharing options, visual search and more are set to be released in the UK towards the end of 2017. Read on for the details.

With Suggested Sharing, a user will be notified automatically when they have a photo that Google Photos thinks they should share with a friend. For example, did you capture photos from Tom’s birthday party? Google Photos will automatically select the best shots of the bunch and ask if you want to share them with Tom, close friends or anyone else featured. Once your friends have received them, they will also receive a reminder to share their snaps as well. The premise is you don’t have to remind your friends to share photos they’ve taken – Google will do it for you.

Taking sharing to the next level, Google Photos is also adding Shared Libraries. This is where you share a library with another Google user, such as your partner, and you can opt to have all the photos you capture automatically upload to Google Photos so you both have access. This means you’ll no longer need to bug your partner to share images of your kids, for example – it’s just done routinely. If you don’t want to share everything, you can just share photos of specific people you nominate, or photos snapped within a specific date range. 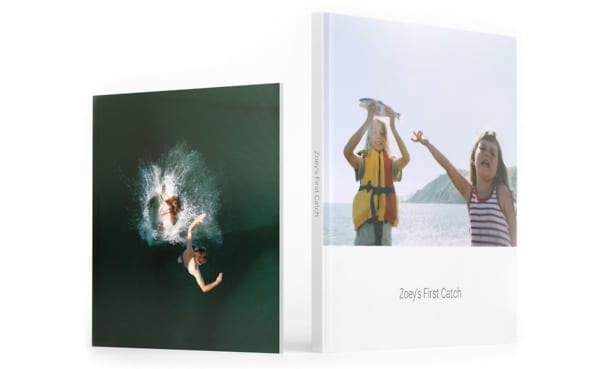 Similar to well-known photo book services such as Shutterfly or Blurb, Google has announced its own Photo Books service. Built in to Google Photos, it will allow users to pick a selection of photos and order printed books from the photos they’ve taken. The app will use image recognition and machine-learning technology to select the best photo from duplicates or group related photos together. At the moment, you can’t add any captions to images, but it’s designed to simplify the process of publishing photo books direct from your phone or tablet. It’s initially only available in the US ($9.99 for softback, $19.99 for hardback) but is expected to roll out to the UK later this year.

The feature we were most impressed with is a new augmented reality tool called Google Lens. It can add context to images seen through the camera, providing another layer of information. It uses image recognition and location details to identify different elements of the photo and make them interactive. For example, you can point the camera at a plant or a building and the app can provide details of the species of plant, or the name of the building. Similarly, when pointed at a restaurant, it can provide user ratings and pricing information.

If you’ve made the leap from a camera phone and just bought a new camera, we can help. Follow our expert advice on taking better photos and improve your composition and technique with our guide to getting the most from your camera.